You are here: Home › Study: 55% Of Americans Say That 2020 Was A Financial Disaster For Them 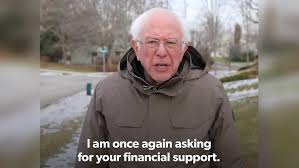 2020 was a financially destructive year for many Americans, and it is going to get worse in 2021. I have said this over and over, and as I have explained, it has nothing to do with worth ethic, simple economic cycles, rich elites, foreign investors, or poor people, but all to do with debt. The US can’t pay her debts, the currency of the US supports the world financial system, and so it is either declare bankruptcy or print money to pay debts, and the latter is always chosen for political reasons.

Having noted this, a recent study found that 55% of Americans say that 2020 was a financial disaster for them.

While there is no question 2020 has been an unparalleled health challenge, many are not losing sight of how devastating the year was for their wallets as well. A new survey finds over half of Americans (55%) consider 2020 a personal financial disaster.

For 60 percent of America, rebuilding their savings tops the list of financial resolutions to accomplish in 2021. That’s closely followed by becoming debt-free (56%), improving their credit score (53%), and starting that emergency fund (51%). (source)

There is nothing good that one can say about this. All that we can say is that reality is showing its ugly face, and that nothing can stop it. The only that you can do is to prepare how you respond to it.

If people thought 2020 was bad, since the same fundamentals of 2020 are still present and not going away (like the debt, because they are related), expect more of the same in 2021, but worse by the fact that the economic damage is going to continue simply from where it was before.

What Turkey Really Wants In The War Over Nagorno-Karabakh: Control Over Central Asia
Scientists Successfully Do First Ever ‘Quantum Teleportation’
Follow