You are here: Home › Oil And Gas Exploration Opens In Namibia 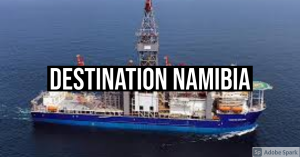 Right now there is a global war on for resources in oil, gas, and rare earth minerals, the first two that power the industrial machines of war, and the latter that powers the computers of war. All of this is about orientation towards a third and major global conflict, and bears a strong semblance to the scrambles that happened before World War I. Just as in the past, Africa has been central in all of this, as her vast resources are being exploited by all sides in the race for arms.

Now according to Monga Bay News in Namibia, it is being reported that Reconnaissance Energy Africa, an Anglo-Canadian oil and gas corporation, has formally began to explore for oil and gas in Namibia.

On December 21, Reconnaissance Energy Africa (Recon Africa) announced that it had begun exploratory drilling for oil and gas in the Namibian portion of the Kavango-Zambezi Transfrontier Conservation Area (KAZA). The move has alarmed environmental campaigners and community groups who are concerned about the impact this could have on the region’s watercourses, people and wildlife.

Recon Africa is the holder of a licence to explore a 2.5 million hectare area (6.3-million-acres) of northeastern Namibia, granted to a predecessor company in January 2015. The majority of the area covered by Petroleum Exploration Licence (PEL) 73 sits in the KAZA, a conservation initiative covering 520,000 square kilometres (201,000 square miles) of Angola, Botswana, Namibia, Zambia and Zimbabwe. The company also has a licence to prospect for oil in another section of KAZA, 1 million hectare area (2.5 million acres) of northwestern Botswana, where it hopes to begin drilling in 2021. (source)

Namibia has been in the geopolitical crosshairs of the recent past for oil, saying that it has massive, untapped resources waiting to be exploited.