You are here: Home › FAA Approves Drone Flights At Night 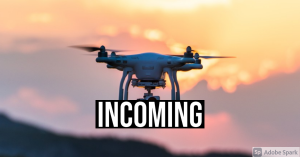 Drones are going to be a major trend to watch for the future, since they will fundamentally transform how people interact with each other as well as the potential for surveillance and abuse like never before seen. Noting this, it is of interest that Reuters reports that the FAA has approved that at night, drones can fly over people.

Small drones will be allowed to fly over people and at night in the United States, the Federal Aviation Administration (FAA) said on Monday, a significant step toward their use for widespread commercial deliveries.

The FAA said its long-awaited rules for the drones, also known as unmanned aerial vehicles, will address security concerns by requiring remote identification technology in most cases to enable their identification from the ground.

The rules will take effect 60 days after publication in the federal register in January. Drone manufacturers will have 18 months to begin producing drones with Remote ID, and operators will have an additional year to provide Remote ID.

There are other, more complicated rules that allow for operations at night and over people for larger drones in some cases.

“The new rules make way for the further integration of drones into our airspace by addressing safety and security concerns,” FAA Administrator Steve Dickson said. “They get us closer to the day when we will more routinely see drone operations such as the delivery of packages.”

Companies have been racing to create drone fleets to speed deliveries. The United States has over 1.7 million drone registrations and 203,000 FAA-certificated remote pilots. (source)

German Military Officer Caught Disguising Himself As Terrorist Refugee, And Lesson From Trading Places
The European Union Is Spiraling Down To Nationalism And War
Follow