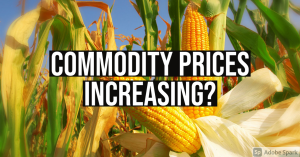 As President Biden has moved to shut down the Dakota Access Pipeline, FOX News reports there may be an unexpected consequence, which is a possible increase in food prices.

President Biden shutting down the Dakota Access pipeline would result in Americans paying higher prices at the supermarket, according to experts.

Efforts to stop the delivery of that energy will “hit the American people directly in the pocketbook,” said Frank Macchiarola, senior vice president of policy, economics and regulatory affairs at the American Petroleum Institute.

Shipping corn from Minneapolis to Portland costs $1.31 per bushel by rail, but would cost $3.84 by truck, Kub said.

Transporting oil by pipeline is not only more cost-effective but also better for the environment. A 2017 study published by Environmental Science and Technology found “pipeline transportation produced between 61% and 77% fewer GHG [greenhouse gas] emissions than by rail.”

The possibility for higher commodity prices has not gone unnoticed on Wall Street where the consensus is now calling for a bull market at least partially due to Biden’s climate actions.

The upswing in prices will stem from a recovering economy as well as loose monetary and fiscal policy contributing to a weaker dollar and higher inflation which are “unintended consequences of environmental policies and their friction with physical constraints related to energy consumption and production,” wrote Marko Kolanovic, a quant strategist at J.P. Morgan. (source)

In my opinion, and strictly my opinion, there is no way for this to happen. The main reason would be oil restriction for use in farming and transportation, but even with that, the US has many, many sources she can grab or force oil from. Remember just recently the “oil glut” in the world caused by US policy.

The fault would not actually be the propane, and in accordance with US history, it would mean that there is no issue, just a manufactured one. In other words, causing a small interruption to forcibly justify major price increases. A purely political act with a terrible cover, but just enough that the very, and it is terrible to say it but it is accurate, dull and willingly foolish public will accept and fight on party politics instead of looking at the individuals and families who are directly involved in said manipulation, particularly those on Wall Street who work there and make their homes in the Hamptons, Crown Heights, and the Upper West Side as so many are directly responsible for the state of affairs.

I have been warning that food prices may go up. It is going to be a major, very important trend to watch. The US will likely not starve (unlike other nations), but any price increase will hurt budgets. In addition, as starvation is commonly caused not by actual food shortages but politics (even with the Irish Potato Famine and Holodomor in Ukraine, as both were not caused by crop failures, but in the case of the former, Protestant Lord Trevelyan’s anti-Catholic and anti-Irish genocidal religious and nationalistic beliefs and in the latter, the Soviet Politburo’s desire to crush the kulak resistance to Bolshevism, both who knew that their actions would cause mass murder by starvation).

It is always a good idea to have extra food stores on hand, to keep oneself in good physical condition, and to learn how to fast properly so to use one’s own body’s stores. That said, food may become an issue over the next year, and it is always good to be ready for the unexpected.

Land Changes And The Future Of Cities
Texas, The Winter Storm, And Thinking Ahead
Follow