You are here: Home › Texas, The Winter Storm, And Thinking Ahead

By Andrew Bieszad on February 16, 2021 in Featured, General 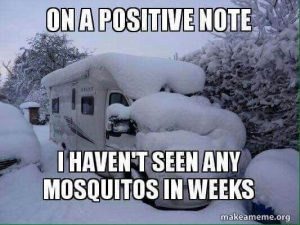 Right now, the state of Texas, an American powerhouse with her own power grid for most of the state, is in a difficult position following the major winter storm that has engulfed the middle of the country, and literally frozen over the state, causing panic and deaths as people wonder where their heat is or how to eat.

More than 4 million Texans are reported to be without power Tuesday as temperatures remain well below freezing across the state, leaving residents scrambling for warmth.

Over 1 million of those outages were reported in the Houston area, according to PowerOutage.us, a website that tracks disruptions. Elsewhere, more than 300,000 customers are without power in each of the Dallas, San Antonio and Austin areas, it added.

“At this time, [the Electric Reliability Council of Texas] is unable to predict when grid conditions will stabilize,” Oncor, a utility that serves more than 10 million customers, tweeted Tuesday morning. “All customers are urged to be prepared for continued extended outages.” (source)

In my area, we have had our experiences.

Now one might say that such a situation is very bad. Indeed, it is not fun when the heat is out and the power is off too. However, even when it is very cold, one is not necessarily going to die. Which is the topic that I would like to mention- the question of expectation, versus reality, versus reality, and the need for preparedness.

There is a common misconception that “preparedness” means getting three decades of MREs in one’s closet, having a bunch of weapons and ammunition stored for a small war, or having certain political views. However, as I have said before and I will continue to say again, this is the wrong view. In fact, a homeless person on the street- no car, no job, no hope, and probably not on medication (as many homeless have some form of mental challenge) -has a better chance of survival than the majority of said “preppers”. The reason is mindset, expectations, and experience.

Simply put, most people are not used to, nor do they know how to deal with hard times.

Don’t get me wrong, hard times are not fun, and there is always a natural preference for better times or an easier life. However, easy cannot be allowed to, as it often does, take away man’s ability to adapt to circumstances in such a way that when a change is forced, system shock follows that destroys him. Shock, as medical technicials will say, is a major killer more so than even wounds. If one knows how to adjust to the speed and intensity of a given change from good to bad, one is at a much, much, much better chance of survival.

If there was a hole in your window- a real hole, and not a tiny one -could you at least temporarily patch it up until conditions were better for you to get it properly fixed or replaced?

Do you have enough food stored up to survive say a month-long grocery store closure? Forget nasty MREs, and definitely forget frozen food. I’m talking about canned goods, purchased or home canned, and fruits or vegetables or grains and legumes that can stay good for extended periods on store. Think rice, lentils, beans, oats, cereals, wheatberries, barley, flour, sugar, and even cooking oils.

Do you practice any form of gardening, planting, or animal husbandry? Chickens are an ideal examples for many, since most do not have a farm, but there are many options. Rabbits and pigeons raised in a cage are accepted by almost all areas, even the most restrictive, and provide sources of meat that are clean and tasty. Even unorthodox things such as snakes or even fish raised in a barrel provide meals. Likewise, fruit trees and bushes give meals to eat ready on the go or to be canned for the future and require very little maintenance. Gardens are more work, but even an 8 by 8 foot garden of tomato plants puts a dent in the food budget.

What about fasting? Remember that the human body operates on a “feast/fast” mindset, and that according to many diet theorists, much of the ‘fatness’ in modern American life is a hormonal issue, not an eating issue, in that by eating too much too frequently, it triggers a hormone response that enables obesity, and that fasting, even for short periods, allows said hormone to be ‘turned off’ so that natural weight loss can happen in combination with eating less food as a general principle.

These are just a few topics for discussion, and these topics are not meant to be limiting or all inclusive. Rather, they exist to make you think, and think a lot.

One of the main trends that I have continued to hit on is how the country is changing. The US certainly is a “first world” nation, but not as “firstish” as she once was. There is a lot of visible decay in the nation. There are many problems, and while problems always exist, and they cannot be stopped, life is more in these situations about how one responds to problems.

If people were prepared- they had more than just bare minimums on hand, were not shaken by mild system shocks, and could rather get themselves together in an interruption to life, there would be almost no issue. In fact, it is doubtful there would be a news story to report on, other than that the weather changed for a short while.

If people are not prepared for a short storm, what happens when things get really bad? As in, there are real power blackouts, real service disruptions, and real social issues?

I’m not saying this is going to happen. I’m saying that such things do happen to many people in the world, and that the trends show the likelihood of them happening in America is higher than ever.

A lot of lessons that one can learn from this storm are what people have been told for years but do not care, and that is, to be prepared for interruptions. Life is nice when it goes on as ‘normal’, but that is where the deception is, because normal is normal until it is not any more, even for a short while.

Take a lesson from this storm, and consider making some changes, or learning how to adapt and respond to adverse situations more fluidly. It may serve you well in the future, if trends continue as they are, and so far, there is no sign of them changing course…