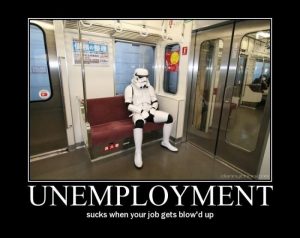 When Trump was in office, one heard constant complaints about the state of the economy and how troubling things were for the average man. A lot of this was blamed on Trump, and while Trump played his role, it was not his fault solely, just as the current state of affairs is not solely Biden’s fault.

However, there is more bad news from the US economy, with job losses coming in at almost 100,000 higher than predicted as CNBC reports.

Last week’s initial jobless claims soared to 861,000, despite more states and cities lifting restrictive business measures amid a decline in the number of coronavirus cases. Economists had predicted around 773,000 first-time claims for the week ended Feb. 13. Data for the previous week was revised up to 848,000 from 793,000.

“Total initial claims broke their three-week streak of declining numbers,” said AnnElizabeth Konkel, economist at Indeed Hiring Lab. “The movement of this number is going in the wrong direction, and at 6.7 times higher than the pre-Covid era, magnitude also remains a problem.”

The surprise rise in claims comes as recent positive indicators hint at an economy starting to show some green shoots. Manufacturing data showed factory output is almost back to pre-pandemic levels, producer prices increased by the most since 2009 and retail sales for January soaring by 5.3 percent from the previous month, buoyed by consumers spending their stimulus checks.

“Checks sent out last month stemmed the usual slowdown that we see in spending in January. The results overstated the impact on consumer spending and will dissipate somewhat as we deal with the deep freeze and power outages of February,” said Diane Swonk, chief economist at Grant Thornton.

The retail data, released Wednesday by the Census Bureau, also showed a 6.9 percent uptick in sales in the hard-hit restaurant industry, an indication that customers will be willing to return, along with warmer weather for outdoor dining.

Still, Thursday’s jobless claims data from the Department of Labor marks the 48th straight week of claims that are higher than at any time during the Great Recession. Around 18 million people are currently receiving some form of unemployment assistance; and in January, around 5 million people abandoned their search and left the work force completely. The unemployment rate of 6.3 percent is almost double what it was this time last year — and Federal Reserve Chairman Jerome Powell said last week the true unemployment rate is likely closer to 10 percent.

“The Bureau of Labor Statistics reports that many unemployed individuals have been misclassified as employed,” Powell said at a virtual conference last Wednesday. “Correcting this misclassification and counting those who have left the labor force since last February as unemployed would boost the unemployment rate to close to 10 percent in January.” (source)

Right now, there is talk of issuing a third stimulus check. Make no mistake, this is intentional. The economy is in decline, and as joblessness increases, a third check will be demanded. However, this has other problems, like economic destabilization, political bantering and chaos, and finally, war.