You are here: Home › Christian Self Professed Moral Activists, As Usual, Are A Day Too Late And A Dollar Short 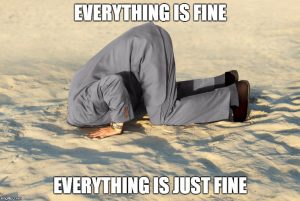 “We really identified pornography and addiction to it as the single biggest obstacle to our vision and mission of building spiritual leaders for Christ,” he said. “So in 2007 is when we really took a deep dive into this topic.”

Shimer revealed that he’s heard firsthand accounts of children — both boys and girls — becoming addicted to pornography as early as seventh grade.

“When a mom hands her seventh grader an iPhone, she’s not realizing she’s handing her child 24/7 access to pornography,” he said. “And yet, that’s what’s happening. It’s the private access at such young ages that’s really the driver behind why we’re seeing so many young people with such deep addictions. It’s getting worse every year. It’s a massive, massive issue.”

“This is such a massive issue in the church, and we need more people who understand it and are equipped to help others break free. Because this next generation of believers that are going to be entering the church — I promise this is going to be a huge issue in their discipleship. If we haven’t been equipped to address this effectively, we’re going to be offering shallow and ineffective solutions.” (source)

Stories such as these are about as pleasant to read as rubbing one’s hand repeatedly on a cheese grater, and not because of the nature of the story, but the “head-in-the-sand” mentality that continues to define and as a result o this, contribute to the decline of Christianity in public life.

Seriously, the proliferation of adult content is a cancer but if you have been paying attention- which seemingly a great number of ‘pastors’ and parents have not been at all -that garbage is everywhere. It is so bad that as a parent, if you do not discuss it with your children at an early age and make plans to deal with inevitable exposure to it, you are setting yourself up to fail and inadvertently hurt your own kids.

It is one thing for Boomers to be confused about what happened because in truth, the world changed fast. However, adaptation and a failure to do this is not an excuse. Gen X has even less of an excuse because they had more experience in the tech world. Millennials have absolutely no excuse, and neither do Zoomers, because they grew up IN that world and know from experience, and they cannot claim ignorance at all unless they were living on a remote island or jungle village cut off from civilization.

Another problem with this constant complaining about adult content is the unwillingness to do something comprehensive about it. One can get creative in his own mind, but for starters and as referenced above, how about treating adult content like illegal drugs or child abusers looking to abduct and abuse children, and treating it like the predatory issue that it is from the viewpoint of a parent? What about limiting Internet time, helping direct activities in a non-helicopter parent way, or, something that may be very abnormal for so many American parents, actually spending time with your child directly in a way that involves personal communication and being an actual parent, sharing experiences with your children and helping to comprehensively form them?

Trying to avoid adult content in today’s world is foolish, and I am not saying “look at this” but rather that one must be in touch with reality. Instead of trying to hide from problems, one must help children learn to deal with them. This lesson is as old as time, for even the pagan Siddharta Gautama, the founder of Buddhism, experienced an existential crisis when he saw a poor person by accident for the first time, as the story goes that his father always tried to hide him from seeing poor people because he did not want his son to see how difficult life can be.

The mere existence of such content is proof of the reality of a fallen world. One does not unnecessarily expose oneself to it, but to leave one unprepared and not aware of and how to deal with it is also a form of mistreatment as experience helps with formation. One can read about pushups, but doing pushups makes one a strong person.

The same can be said here. Instead of bewailing the heathenry of society, one might want to instead prepare one’s children to face it, to be honest about the state of affairs, and see things for what they are, as that is usually the best way to face anything, and if Christianity is going to mean seeking and pursuing the sublime and not nationalistic impulses or personal goals, then Christians must deal in reality, no matter how good or ugly it is.