You are here: Home › Male Infertility On The Rise 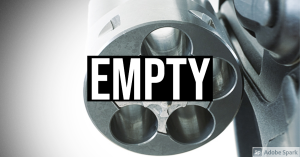 When on thinks of infertility, it is many times associated with women, although it is not nor ever has been exclusively so. Female infertility has been on the rise for a long time owing to the fact of artificial, chemical contraception that interrupts fertility cycles sometimes to the point that they cannot be recovered ever, even after being off birth control for a long time.

Now the New York Post reports on an interesting articles where it finds that globally, male fertility is now on the decline.

Sperm counts in Western countries have dropped by more than 50 percent since the 1970s. At the same time, men’s problems with conceiving are going up: Erectile dysfunction is increasing and testosterone levels are declining by 1 percent each year.

Dr. Swan should know — she’s been researching fertility for thirty years. She studied a miscarriage boom in Santa Clara, Calif., in the 1980s, which she eventually linked to toxic waste dumped into the drinking water by a local semiconductor plant. She moved on to sperm rates in 1997 and they’ve been her “canary in a coal mine scenario” since. In 2017, she sounded the alarm with a meta-analysis of 40,000 men that showed that sperm count fell a whopping 59 percent between 1973 and 2011.

We are already seeing the effects. Worldwide fertility has dropped by 50 percent between 1960 and 2015. The United States has a total birth rate that is 16 percent below what it needs to replace itself. Though there are obvious factors at play (couples are conceiving later and opting to have smaller families), Swan argues that the issues run deeper than personal choice.

Rates of miscarriages are on the rise and girls are experiencing earlier and earlier puberties (in some cases before the age of 8). “In some parts of the world, the average twenty-something woman today is less fertile than her grandmother was at 35,” Swan writes.

It’s no wonder then that the assisted reproduction technology market is worth about $21 billion and is projected to increase by 10 percent annually until 2025. (source)

I have reported that a major trend to watch for is not the Malthusian lie of overpopulation, but a demographic winter, with too few people in the world to do the work necessary, for there is neve such a thing as not enough people.

Given that male fertility is on the decline, it will be interesting to see if this trend continues, that considering the already very low birthrates, and how it affects the future of nations and their holdings.

Christian Self Professed Moral Activists, As Usual, Are A Day Too Late And A Dollar Short
Now Their Turn- Southern Baptists Divided Over The Sin That Cries To Heaven For Vengeance
Follow