You are here: Home › Germany Pushes EU For Sanctions Against Russia 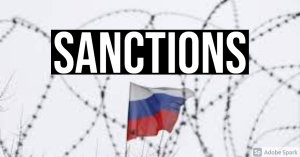 One of the most important geopolitical questions in the world right now is the path which Germany chooses to take. If Germany stays in NATO and allies with the US, there is a strong possibility that Russia may fall, as her weakened state would most likely be unable to fend off an attack. However, if Russia was to ally with Germany, then the US would not be invaded, but she would be forced to sit out of a European conflict, as it would pull the French and Turks in as well.

While the US has much power, there are many things that she cannot control. Thus while she can act as a strong influence, she is not (as no nation ever fully is) the absolute controller of another powerful nation such as Germany.

However, there may have been an interesting development after Deutsche Welle reports that Germany has chosen to press the EU to move for sanctions against Russia.

“The EU will not be silent” about the persecution of anti-corruption crusader Alexei Navalny, Maas told reporters following a meeting of top diplomats from the bloc.

“Relations (with Russia) are certainly at a low — there is no other word for it,” Maas said, while also referring to a recent Moscow visitby EU foreign policy chief Josep Borrell.

“Therefore, we decided today to impose further sanctions and list specific persons,” he added. Though Maas did not provide names, he said the new measures would be focused on Russian officials “from the judiciary.”

The agreement came after France, Germany, Poland and the Baltic countries urged the bloc to take steps against the Kremlin.

EU diplomats also told reporters that the meetings did not address specific names.

But officials will now start drafting the framework of restrictions, including asset freezes and visa bans against individuals responsible for the repressive actions against protesters and Navalny himself.

In a statement Monday, Russia’s Foreign Ministry said the EU sanctions are “unlawful,” “disappointing” and adopted under a “far-fetched pretext.”

The Foreign Ministry called demands for Navalny’s release “unacceptable” and “absurd,” as the arrested opposition leader was “convicted by a Russian court” on Russian territory in “accordance with Russian law.”

Sanctions, according to the statement, amount to “interference in the internal affairs of a sovereign state (source)

Russia does have many advantages over the US, considering that she and Germany have a long pattern of behavior together of dividing and conquering Europe. However, especially with the last century, much has changed, and not so much in the German sense (for the situation with National Socialism is well-known), but largely owing to the destructive behavior of the Soviet Communists.

It does not really matter how they came to power, or who did what, but rather for this case, the effects on their neighbors. It is true that the US and NATO backed National Socialism and the USSR International Socialism as opposing ideologies, but a major difference was that in the US/NATO sphere of influence, people made a lot of money, business opportunities existed for many, there was a lot of tasty food, a reasonable amount of dissent was tolerated, and life was overall comfortable. That can be compared with the nations under the Soviet sphere of influence, of which there is a near universal consensus that the majority were miserably poor or became poor, opportunities were miniscule or non-existent, people were just sad, and there was little hope. After the USSR fell, a lot of nations in the Soviet bloc who “westernize” experienced significant economic booms, or other social improvements.

We know for a fact that the nations of Europe want to revive their empires (including America and her financial empire). Russia is a part of this and as noted, looks to the Soviet past for inspiration. However, the people living in many former Soviet-bloc nations- including many Russians living in Russia, the heart of the Empire -don’t want to go back to Soviet times because idealized LARPing put aside or paid government trolls, most people do not want to live like how they did in the USSR. Yes, there were those who lived well, but it was not the majority, but it was still not at the standard of the US/NATO world, and the number of those who lived well continued to decrease. One only needs to look at videos of the period, historical records, or talk to people who were born in the Soviet bloc.

Instead of responding to these concerns and making herself better, Russia has, objectively speaking, continued to waste away as a nation, and in response to civilian complaints- made with good intentions or malicious intentions, it does not matter for the purpose of discussion here -her national response has been to return to autocratic-type rule and aggressively crack down while ignoring the complaints and attempting to present an image of power while lacking most save for a shadow of who she once was. When one considers that Russia is supposedly the second most powerful military in the world yet has an economy smaller than that of Italy and less than half the size of tiny Germany, and that Mexico is only $400 billon shy of Russia’s GDP, something is wrong with the nation.

Most of Russia’s former Soviet bloc nations don’t want to lose the comforts they gained after the USSR fell. Poland has grown significantly. The Baltic nations all have become either burgeoning areas or like Poland, have very bad memories of the USSR. Ukraine, the ancestral homeland of Russia, doesn’t trust. Many other nations in Eastern Europe have expressed similar sentiments. Georgia doesn’t want to be subjugated again. The Central Asian nations have or are changing their nationals scripts from Cyrillic to Latin as an emphasis on power shifts away from Russia.

Russia is no fool either. She sees what is happening, and while she is doing what historically has worked for her, there is a saying to the extend of ‘things work until they don’t’. In Russia’s case, she is facing a serious existential crisis that is bigger than just political opposition or Navalny (who I have also expressed my criticism of), but one of her ability to hold her nation together amid many long-term and self-inflicted problems.

While these sanctions are not confirmed definitively yet, it will be important for future trends to watch what Germany does, as it may determine the future of Europe.

A Dozen Japanese Companies Cease Business With China Over Forced Uyghur Labor
Open Your Wallets, More “Stimulus” Is Coming Because If It Doesn’t There Will Be Massive Homelessness
Follow