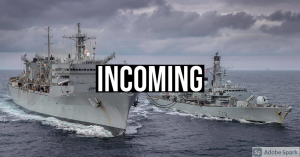 As the trend of isolation of and conflict with China builds, there will likely be more attempts at power plays and another forms of “dominance asserting” if one can call it that by other nations. The US is the main provocateur, but as I have pointed out, because of historical interests in southeast Asia, the French have also been provoking, and there is a possibility the English will participate. Most of this provocation involves sailing military ships through international, legally protected waters in the South China Sea or between China and Taiwan. China has been attempting to lay “exclusive” claims to those areas, and so actions such as movement through them are not just a matter of legality, but preventing China from “cornering ownership” on a particular body of water, as such is not just a military issue, but also a potential legal issue to the future of commerce between nations.

Now according to VOA News, not just the US but Canada, France, the UK, Australia, and the Netherlands will be sailing ships into Chinese water in a sign of unity and on the same principles above.

Leaders as far away as Canada and Western Europe are sending navy ships to the contested South China Sea this year as pushback against Beijing, which they feel has gone too far and begun alarming their citizens, analysts in the region say.

A Royal Canadian Navy warship sailed near the sea in January with a passage through the Taiwan Strait on its way to join exercises nearby with Australian, Japanese and U.S. navies.

These Western countries claim no sovereignty over the 3.5 million-square-kilometer sea, which lies more than a continent away from their own territorial waters. But they want to support the United States in resisting unilateral expansion by China, which has sparred with former European colonies and alarmed people in Western countries, scholars say.

“I think there’s pretty much unanimity in terms of the French, the Dutch, the U.K. and other countries that what we’re seeing from China is an attempt to revise the order so that power, not a rules-based approach to the region, is the way the region will be governed or managed going forward,” said Stephen Nagy, senior associate professor of politics and international studies at International Christian University in Tokyo.

Western countries would resent that management of the sea if it goes against their former colonies or current economic interests in Asia such as access to the sea’s busy cargo shipping lanes, analysts add.

The U.K., for example, is bound by its 1971 Five Power Defense Arrangements to help defend former protectorate Malaysia. Malaysia disputes part of the Chinese claim to about 90% of the South China Sea. The sea stretches from Hong Kong south to the island of Borneo.

British Prime Minister Boris Johnson eventually wants his country to take a stronger role in Asia due to economic and trade links in the region, University of New South Wales Emeritus Professor Carl Thayer said in an e-mailed briefing on Monday.

Prior to the Euromaidan, there was talk of dismantling NATO, saying it outlived its purpose.

It looks like, even more so, NATO is back and here to stay. The European nations want their empires back, the Americans want to stay strong in the world, but since power will likely have to be shared, the question is who to share it with. China has her own problems, but there is universal agreement- not just from the Western powers, but many other neighbors in Asia not even including Japan -that China’s attitude is menacing, frustrating, destructive, and a threat, and the ambitions of Europe to rise again perfectly align with mutual cooperation to stop or curtail her and, if historical trends are possible, to subjugate China once again as she has been for centuries before.

This does not mean that there will never be any fighting in the future between NATO members, or that it may not necessarily fall apart. What it does mean is that for now, there is a common mission with common interests- the revival or renewal of empires -if all should stay together. This could change, but for now, the trends of militarization will continue, China will increasingly become a target and like Russia, will be ‘pressured’ into more complex scenarios. The question is, however, if China will retain self-control and not react, thus giving her enemies the justification they want for a conflict.

Islam is a Pre-Reformation Protestant Sect
We Told You At Shoebat.com It Was Coming, New Study Finds That One In Six Zoomers Is A Sodomite
Follow