You are here: Home › USA Does It Again, Breaks More COVID-19 Infection Records 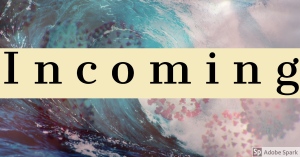 In response to the continually increasing infection numbers amid the recent pandemic, yesterday I asked if the infection rate could get any higher, citing the famous late 1990s and early 2000s band Creed’s song “Can you take me higher?”. Apparently this is still possible, as Turkish TRT News reports that the US has broken the previous record with fifty-seven pushing towards fifty-eight thousand infections in twenty-four hours.

The US notched 57,683 Covid-19 cases in 24 hours, a tally by Johns Hopkins University showed, the third consecutive day with record numbers of new infections.

The Baltimore-based university’s tracker showed the total number of cases since the pandemic reached the US at 2,793,022 as 0030 Saturday GMT.

The university also recorded a further 728 fatalities, bringing the total US death toll to 129,405.

The new record case count came as infections surge in southern and western states, and as the United States – the hardest-hit country in the world in the coronavirus pandemic – heads into the July Fourth holiday weekend. (source)

As the general panic continues, businesses are frantically trying to ‘roll back’ the much touted ‘reopenings’, but with little success, for just like releasing a cat from a bag, once the thing is out, it is out and it is not going back in.

I can only wonder what the second wave of infections may look like, since while it is not guaranteed, there have been consistent from scientists saying that this will happen, most likely in the fall. If what happens right now is considered bad, can one imagine what worse would look like, especially for the economy?

Don’t be caught unprepared in a time of crisis.