You are here: Home › Massive Drop In Children Being Born Is Upon The World 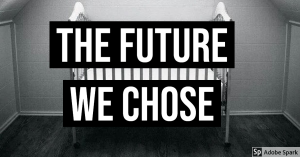 There is a lot of malthusian talk about the dangers of ‘overpopulation’ and how the human population needs to be ‘reduced’ as though man were just a race of mindless animals meandering through life to satisfy basic needs. But this has never been true, for not only can the world sustain far more people than what she currently has, but people are the greatest asset to the world, since it is people that develop the world, and not enough people means not enough to do the work, which means society rots.

It is thus of interest that the BBC reports how some researchers are terrified about the coming and currently dropping rate in children being born, since it will have long-term social and policy implications.

The world is ill-prepared for the global crash in children being born which is set to have a “jaw-dropping” impact on societies, say researchers.

Falling fertility rates mean nearly every country could have shrinking populations by the end of the century.

And 23 nations – including Spain and Japan – are expected to see their populations halve by 2100.

Countries will also age dramatically, with as many people turning 80 as there are being born.

The fertility rate – the average number of children a woman gives birth to – is falling.

If the number falls below approximately 2.1, then the size of the population starts to fall.

In 1950, women were having an average of 4.7 children in their lifetime.

Researchers at the University of Washington’s Institute for Health Metrics and Evaluation showed the global fertility rate nearly halved to 2.4 in 2017 – and their study, published in the Lancet, projects it will fall below 1.7 by 2100.

As a result, the researchers expect the number of people on the planet to peak at 9.7 billion around 2064, before falling down to 8.8 billion by the end of the century.

“That’s a pretty big thing; most of the world is transitioning into natural population decline,” researcher Prof Christopher Murray told the BBC.

“I think it’s incredibly hard to think this through and recognise how big a thing this is; it’s extraordinary, we’ll have to reorganise societies.” (source)

The aberration that was the twentieth century, with the mass propagation of eugenics through birth control, abortion, sterilization, and social bullying to get people not to reproduce is bearing its rotten fruits.

People complain about tax issues, a lack of work getting done, or issues with migration. The fact is that all of these ‘problems’ are very easily solved, and the way to solve them is to have a family that is more than a single child, which often is done not because of a desire for family, but rather as a trophy to oneself and one’s own self-declared ‘accomplishments’.

This is the future that was chosen by previous generations and is being chosen today by the Millennials and Zoomers, who are not reproducing, but are actively dying out.

This is going to re-shape the world, and to that same end, Africa’s population continues to grow, but is it their fault that they want to reproduce while many other people do not want to? Certainly it is not their fault, for the future belongs to he who wants to have a family since all men pass away, and what they leave behind carries on.

Population is a critical topic to discuss because the demographics, in the complete sense of the word (meaning all aspects of a man or group of men, good, bad, or neutral) are the destiny of every nation, and if one groups of men does not want to make a future, then another one will take his place. It is how life functions for all peoples in all times, and one only ignores this at his own peril because it favors no race or habit save those who choose to exist.

The Refugee Crisis And the Fall Of Yugoslavia
‘UK Student And Writer’ Who Accused People Of Being Terrorists Exposed As Deepfake, Non-Existent Person
Follow