You are here: Home › True Lovers Of American Business Freedom Put The Mask On When Asked 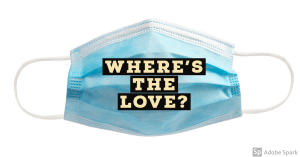 To wear or not wear a mask is a question that so many people in online message groups have been debating about. Some say that doing so is and must be required, others say that it is a form of cover oppression against “freedoms” and that true Americans should not wear a mask as a sign that they are not slaves of the government. This discussion, one should note, comes at the time of a historically abnormal pandemic, where face masks are being requested to help with public health and the spread of a contagious disease.

I am not here to ask about the “effectiveness” or not of masks (although it does make basic common sense that placing a physical barrier in front of a person, no matter how imperfect, would help with stopping the transmission of any disease). Rather, I am interested in the issue of “private business ownership” and asking people to wear a mask.

There are a lot of state that are refusing to mandate face masks. Instead, they have left the decision up to local businesses. Thus, some businesses are requiring people to wear masks, and others are not.

If a business asks you to do something before coming in- it does not really matter what it is -and you do not do it, does that business have a reasonable expectation that they should deny you service?

According to many ‘conservatives’, the answer should be ‘yes’, as this is the position which they have maintained for years. If a person has a business, then that person should be able to sell what he wants to whoemever he wants. This was a major issue with the Civil Rights movement and a lot of the legislation that followed, since (be it for honest or malicious intentions), a major argument used was that business owners would be forced to sell things to people they did not want to. Such is one of the reasons why there is such controversy over the LGBT issue and businesses, such as the “cakes” scandal and now “photography” for some, because of the same logic- that a business does NOT have a right to choose who it can or cannot sell to, and has to sell to all as long as it is able to.

Now many on the right will publicly champion this principle, a sort of ‘freedom of choice’ for businesses, but do they hold to it? Perhaps this ‘mask’ issue has ‘unmasked’ views about this question, since it reveals a lot, for there are many people, especially on the right, who are angry at many organizations be it private businesses, religious organizations, or other private groups who are asking people to wear masks for the safety and consideration of others because of the pandemic.

These are private groups, and according to said logic, they have a right to tell people who visit them to please exercise certain behaviors, and if they refuse, to turn them away and deny them service for refusal to follow instructions. Largely, with the exception of the Boomer generation it seems, there has not been understanding, compliance, and cooperation, but rather continual fighting about “rights” to not follow the requested directives from a private entity. Instead, just like liberals, many on the right quickly change from saying something is good the minute that it directly impacts them and for which they find it to be an inconvenience, at which time they say that it is now their ‘right’ to not listen because of their feelings. This is the essence of the false left-right dichotomy, which is the assumption of an unspoken philosophy that unites the two and that the difference between the two is just a matter of selective emphasis which gives the impression of a real difference when none exists, and none dare question the base philosophy as it would undermine the positions of both.

It is very true that the masks are inconvenient or frustrating for some, and perhaps in some rare, exceptional cases, there may be a true medical issue for some. Yet it is so curious that in China or other parts of East Asia, where clouds of green smog from industrial pollution hover ominously over many cities as hordes of people like schools of fish move about their lives, that many of those people wear masks daily, and one does not hear about complaints about “oh, I am getting sick from wearing this mask,” as the toxic fumes from the atmosphere dance over their heads from the air currents.

I have said that it is a very good idea to follow the recommended guidelines. However, consider that when going into another person’s house, you would not say “I will do what I want”, but should want to respect the host. The same can be said of businesses that ask people to wear a mask. Wear a mask out of respect, and if one is asked to leave or refused service, it is not the fault of the business, but your own fault. If you do not like that they require masks, then take your money to another place.

But of all things, the complaining about masks and businesses requiring them is pointless and disrespectful to both the business and people who are in that business and trying to respect the owner’s requests. One does not have to like it or agree, but stop starting argument or feeding arguments started by other people- either those who truly do not understand, or trolls attempting to stir up trouble.

If Americans cannot follow a simple request made by other Americans in the context of their own private businesses, it is no surprise that the country is falling apart, because people have no respect for reasonable requests made by another and refuse to honor personal boundaries, instead choosing to force themselves on others, and this belongs to the guilt of both the right and left win, with the only difference being that the left is more open about their intentions while the right hides under the mantle of freedom and ‘supporting American business’ yet is just as nefarious when it comes to applying the same philosophy for their own ends in their particular context.