You are here: Home › Baptist Pastor In Canada Fired After Declaring Himself To Be A Woman 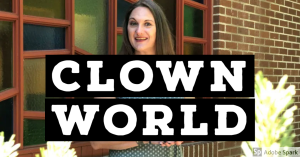 Degeneracy that takes place among religious communities knows no limits, as the people in them are reflections in many ways of the societies which they inhabit. As such, there are many “Christians” who are supporters of all things opposed to the very Christian beliefs they will claim to express, sometimes in very grave ways.

Much of the focus has been on the Catholic Church, since she is the largest and naturally, would have the greatest physical number of issues. However, smaller groups are also hit hard, and proportionately speaking, may even be hit harder because of their reduced numbers. In a story coming out of Canada, a Baptist pastor has been fired after, according to reports from CTV News, this pastor decided to tell his congregation that he was now a woman.

An Ontario pastor who came out to her congregation as a transgender woman last month has been fired after the congregation voted to remove her.

Junia ‘June’ Joplin, who was the lead pastor at Lorne Park Baptist Church in Mississauga, Ont., came out to her congregation in an online sermon on June 14.

“I want you to hear me when I tell you that I’m not just supposed to be a pastor. I’m supposed to be a woman. My friends, my family, my name is Junia. You can call me June. I’m a transgender woman and my pronouns are she and her,” Joplin said during the sermon delivered via Zoom amid the COVID-19 pandemic.

Joplin told CTV’s Your Morning on Wednesday, that the church has since chosen to terminate her contract following a vote by its congregation members. Out of the 111 votes, 52 per cent were in favour of removing Joplin from her position as pastor.

“I believed that the vote would be close, I wasn’t sure how it was going to come out and I was nervous that that might be the result,” Joplin said in an interview on Wednesday.

“I had a wonderful friend who took me out to dinner just to keep my mind off what might be going on and I had a cry but I tried to almost immediately start thinking about what comes next.”

The Lorne Park Baptist Church confirmed its decision to terminate Joplin’s employment in a statement emailed to CTV News.

“The Church has journeyed for the past month through a process of attempting to discern God’s will resulting from June’s announcement of June 14, 2020 that she is a transgender woman,” the statement read.

“After a month of prayerful discernment and discussions between June and the congregation, it was determined, for theological reasons, that it is not in God’s will that June remain as our pastor. We wish June God’s grace and peace as she departs from us.”

While the church did vote to have her removed as pastor, Joplin said the response to her coming out has been “overwhelmingly positive.”

“I don’t know what folks are saying who aren’t talking to me but the folks who are talking to me are being encouraging and supportive, expressing admiration and encouraging me over I think the bravery they think I’m showing. It’s really overwhelming,” she said.

Despite the support, Joplin said the past five weeks have been difficult for her. She has not preached at Lorne Park Baptist Church since the sermon in which she came out as a transgender woman, making her feel detached from her faith.

Joplin said one of the hardest parts about her coming out has been losing some of those relationships she had established with members of the congregation.

“There are people that I love a lot who maybe haven’t come along with me on this journey, who I’m afraid I’ll actually never hear from again, and that is kind of heartbreaking,” Joplin said.

She said she wishes some of those church members who voted to have her removed would at least have a conversation with her so she could explain why it was her time to come out.

“I wish that some of those people were more eager to at least say ‘Hey, let’s talk about this, even if I didn’t vote the way you wanted to’,” Joplin said.

Joplin said it is tough to know that some of those relationships may be over.

“…This community that called me to this place and that’s been kind of the centre of my life since 2014, it’s hard to think about that that’s not the case anymore,” Joplin said.

“Those relationships I think are absolutely essential in most congregations and I think Lorne Park has a history of being known for that depth of relationships among its membership and folks who go there.”

Despite having lost her job, Joplin said she is excited to start the next chapter of her life although she is not yet sure what it will entail.

“I would love to continue to work in congregational ministry in some context. It would be awesome if I could do that in a Baptist context, although I don’t know if that’s going to be possible or not,” she said.

Joplin said she will be doing a lot of guest preaching virtually in the meantime, while she figures out where she will permanently land next.

“I’ve heard from friends in Boston, I heard from a rabbi in St. Louis that would like me to share a lesson with his congregation, I’ve heard from folks in North Carolina and another Baptist Church in Missouri… There are a couple churches here in the Toronto area that have invited me via Zoom to come and join them so I’m looking forward to that,” Joplin said. (source)

Today, it is easy to say that one is a “Christian” because the word has very little meaning. This is likely going to change in the years to come, where many more will simply reject the term and those who do remain will become a hated, persecuted minority. It is in many ways a reversion to the days of old, but this time after having received knowledge of the Gospel.