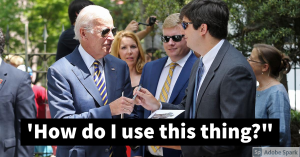 One of the trends Shoebat.com warned about was the use of executive orders by Trump to accomplish his particular tasks as opposed to using the legislative process. We said this could start a dangerous precedent for the future with results that turn the presidential seat more into that of a despot. As the Washington Post reports, Biden is already planning a storm of executive orders to undo many of the actions taken by President Trump.

President-elect Joe Biden is planning to quickly sign a series of executive orders after being sworn into office on Jan. 20, immediately forecasting that the country’s politics have shifted and that his presidency will be guided by radically different priorities.

He will rejoin the Paris climate accords, according to those close to his campaign and commitments he has made in recent months, and he will reverse President Trump’s withdrawal from the World Health Organization. He will repeal the ban on almost all travel from some Muslim-majority countries, and he will reinstate the program allowing “dreamers,” who were brought to the United States illegally as children, to remain in the country, according to people familiar with his plans.

Although transitions of power can always include abrupt changes, the shift from Trump to Biden — from one president who sought to undermine established norms and institutions to another who has vowed to restore the established order — will be among the most startling in American history.

Biden’s top advisers have spent months quietly working on how best to implement his agenda, with hundreds of transition officials preparing to get to work inside various federal agencies. They have assembled a book filled with his campaign commitments to help guide their early decisions.

Biden is planning to set up a coronavirus task force on Monday, in recognition that the global pandemic will be the primary issue that he must confront. The task force, which could begin meeting within days, will be co-chaired by former surgeon general Vivek H. Murthy and David Kessler, a former Food and Drug Administration commissioner.

There has also been a recognition of those around him that he may have to lean more on executive actions than he had once hoped. He can reorient various federal agencies and regulations, and he can adopt a different posture on the world stage. (source)

The New Face Of The Right-wing: Paganism, Darwinism And An Entire Abomination
UK Military Commander: COVID Could Bring About A Third World War With Robots
Follow