You are here: Home › Turkey Moves To Deploy Her Own “Peacekeeping Force” In Azerbaijan 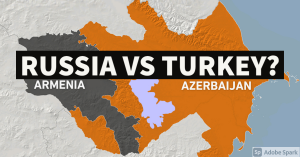 Turkey’s government has submitted a motion to parliament, seeking its approval to deploy peacekeepers to monitor a ceasefire agreement between Azerbaijan and Armenia, the state-run news agency reported.

Turkey, which threw its weight behind its ally Azerbaijan in the conflict, has been engaged in talks with Russia for a role in monitoring the ceasefire that ended six weeks of intense fighting between Azerbaijan and Armenia over the Nagorno-Karabakh region.

The bill submitted to the parliament on Monday requests a one-year mandate to send Turkish peacekeepers, adding that President Recep Tayyip Erdogan would determine the number of troops to be sent.

The motion is expected to be debated in the coming days. It states that civilian personnel could also be deployed as part of the peacekeeping mission.

“It has been assessed that for the Turkish Armed Forces personnel … to take part in the Joint Center which Turkey and Russia will form together, will be beneficial for the peace and welfare of the region’s people and is necessary from the point of our national interests,” state-run Anadolu Agency wrote, quoting the motion. (source)

Right now I am just going to leave this for what it is, which is another footnote in the trend of an attempt at reviving the Ottoman Empire. However, the fact that Turkey is going in as a “peacekeeping force” is a broadly new development in that she is making more use of this- as the US, Russians, French, and other armies have done for a long time -and it is going to become a more common occurrence in the future as the trend of Ottoman domination rears its head once again and Turkey wants to do all that she can to “assert” herself in the region.

But there is another reason why Turkey is doing this, and this is because of Russia, who she is in competition with and may be drawn into another war with in the, as far as historical trends are concerned, not distant future.

Make No Mistake About It, Azerbaijan’s Victory Over Armenia Is a Victory For Turkey, And Now Tens Of Thousands Of Christian Have Been Forced Out Of Their Homes To Make Way For Islamic Turkey
Russia Moves To Open Naval Base In Sudan
Follow