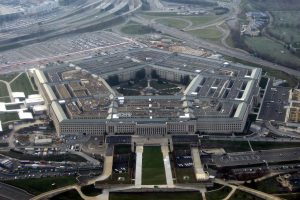 One of the trends that Shoebat.com has noted over the years is the incredible amount of indecent assault and abuse that takes place in the military. While we have tended to focus on the most unspoken aspect of this, which is the enormous amount of male-on-male violence, it is a problem for men and women alike, and it is a trend that has unfortunately shown no signs of going away.

According to a recent investigation by CBS News, it found that Pentagon employees who reported sexual assault- be they men or women -were subject to harassment and even termination from their employer.

“I cannot look at another junior soldier sobbing and know that they’ve been assaulted,” Amy Braley Franck told CBS News’ Norah O’Donnell. “And people are like, ‘Oh, it’ll get better. Just go deploy.’ That’s not okay.”

Military commanders are required to refer reports of sexual assault to criminal investigators. However, Franck found evidence that commanders were investigating some cases themselves — violating the military’s own code of justice.

“I discovered written documentation of illegal investigations and victims languishing, and I continued to ask for help over and over again, and to no avail,” she said.

Lindsey Knapp said her greatest concern “with the program itself” is “some bad actors and commanders that have found a way to sweep these things under the rug.”

Asked if the military’s stated zero-tolerance sexual assault policy was held true in practice, Marianne Bustin said it was not.

“I feel like the commanders are ill-equipped to make these decisions. That’s why we’re here. We’re the subject matter experts… we advise them, but they do not listen,” Bustin said. “Each day they allow these things to occur, there’s no zero tolerance. There’s tolerance.”

Knapp said there has been an increase in assault reports, but a decrease in convictions.

“More and more service members reporting that they’re being retaliated against,” she said.

In the military’s most recent anonymous survey, 64% of women who reported a sexual assault said they experienced retaliation.

“People are afraid,” Franck said. “I have young ladies and men say, ‘The rape was bad, but I don’t wanna go through this other thing because it’s worse than the rape.'”

“This other thing,” she said, referred to “the retaliation, the treatment, the judgment.” (source)

This is not to say that all claims of sexual assault are valid. It is true that in the past, claims have been made as a way to cover for bad personal choices in order to avoid public embarrassment. However, sexual assault is also real, and it is grossly unfair to simply assume all claims are just fake until investigation.

Many people want to serve their country, and this is always a noble ideal. However, with a trend so long-established as the patterns of sexual assault in various branches of the military, and considering how those who do report it are often made into victims themselves and find themselves out of a job, one may want to ask that unless this changes, is the “risk” worth the potential “reward” in such a situation.