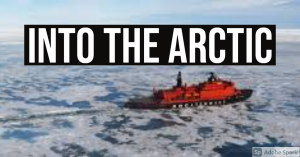 With concern about the environment coming from many people, especially in remote areas such as the Arctic, it is interesting to note that according to ThompsonReuters, the UN just approved a ban on heavy ship oil in the Arctic.

The United Nations shipping agency on Friday approved a ban on the use of heavy fuel oil in the Arctic region in a move criticised by green groups which said loopholes will allow many vessels to keep sailing without enough regulatory control.

Antarctic waters are protected by stringent regulations, including a ban on heavy oil fuel (HFO) adopted in 2011, even though no cargo moves through the turbulent southern waters. For the Arctic, the rules have been looser.

In a virtual session of its Marine Environment Protection Committee (MEPC) the UN’s International Maritime Organization (IMO) approved a ban on the use of HFO and its carriage for use by ships in Arctic waters after July 1, 2024.

The Clean Arctic Alliance coalition described the regulations as “outrageous” as it included exemptions and waivers, which would mean a complete HFO ban would only come into effect in mid-2029.

“In its current form, the ban will achieve only a minimal reduction in HFO use and carriage by ships in the Arctic in mid-2024,” said Sian Prior, lead advisor to the Clean Arctic Alliance.

“The ban … will mean that a full three-quarters of the ships using HFO today will be eligible for an exemption.”

An IMO spokeswoman said there would be an exemption for ships with oil fuel tanks located inside their double hull. There would also be a provision allowing countries with coastlines bordering Arctic waters to issue waivers to ships flying their flag while they operate there until July 1, 2029. (source)

This is interesting not because of the ban, but because it is likely political.

Right now, the Russians are aggressively trying to build a new “water route” to Asia by trying to break through the thick Arctic ice. The reasons for this are many, but they basically can be summarized in that all of Russia’s main ports save three (Murmansk, Odessa, Vladivostok) freeze over in the winter and the remaining three are surrounded by her enemies, and that Russia’s failure to update her train lines and maintain them to international standards is threatening to economically isolate her from the rest of the world as the US, Germany, and Turkey aggressively work to build railways through the Middle East and Central Asia to the Far East.

Russia’s work on going through the Arctic is a last-ditch effort really to try and fix decades of bad policies. However, as she is doing this, she is not only warming much of the Arctic by industrial actions (which is having a series of long-term and possibly detrimental effects on both her environment as well as her cities that sit on frozen ground), but is causing serious environmental damage.

This resolution by the UN is not just one of stopping pollution, but it is likely being used as an excuse to lobby, in the future, a charge against Russia for her continued work at making this passage and thus to provide future ammunition for Western action against her, including action that leads up to military conflict.

Mysterious New Microbes Are “Waking Up” As Arctic Ice Thaws
Turkey And Azerbaijan Want To Unite And Become One Country. Now They Are Building A Railway System To Connect Turkey And Azerbaijan. Could This Railway Be Used To Transport Armenians To Their Deaths?
Follow