You are here: Home › As Americans Lose Their Jobs, Robots Take Their Place 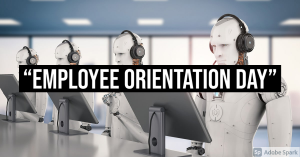 I have consistently warned at Shoebat.com about the rise of robotics taking the place of human beings in the workplace. Having noted the economic impact of COVID, which includes long-term job loss and fundamental economic changes to distribution systems, supply chains, and even priorities as it concerns purchasing, part of this trend will be the replacement of lost human workers in business roles, mostly starting with simple low-wage tasks (as they are “repetitive” and thus more susceptible to automation) as much as it is possible with their electronic counterparts over an extended period of time, as this cannot happen all at once due to the fact that robots cannot perform all tasks which humans can. However, as The Guardian notes, this trend is already happening with COVID as the reason, and just as suspected, it is hitting the lowest wage workers the hardest.

The Covid-19 pandemic has left millions of Americans unemployed – disproportionately those in the service industries where women and people of color make up the largest share of the labor force. In October, 11 million people were unemployed in the US, compared with about 6 million people who were without a job during the same time last year.

And as humans are experiencing record job losses and economic uncertainty, robots have become a hot commodity. Multiple technology manufacturers have reported increased demand for their bots over the course of the pandemic, from drone-like machines that can roam hallways to make deliveries and AI-powered customer service software to increased use of self-service checkouts at supermarkets.

A recent report from the World Economic Forum predicted that by 2025 the next wave of automation – turbocharged by the pandemic – will disrupt 85m jobs globally. New jobs will be created but “businesses, governments and workers must plan to urgently work together to implement a new vision for the global workforce”.

The hospitality industry, which has been one of the hardest-hit by the pandemic, has seen a clear uptick in the adoption of new technology during the pandemic. Hotels are allowing guests to use kiosks to check themselves in, apps to control the television and light switches in their room and a few use delivery bots to send to guests’ room when they want a refreshment. (source)

Note that year- 2025 -from the report. That is less than five years away.

I will give you a preview as to something that Shoebat.com is working on (as I do not want to spoil Ted’s research), which is that this time frame- specifically the year 2027 -is when as a trend we are expecting to see something very serious take place, that if not a direct act of war, may involve something that is a fundamental milestone that leads on the road to war.

I do not want to give away what we are looking at or are going to say. However, from this trend, we can derive for now that the next few years will see the rapid transformation of life by artificial intelligence applications and robots.

To use an example, consider the “deep fake” videos I have discussed, as the potential they hold to cause massive harm in society cannot be underestimated.

In 2018, deep fakes were clearly “fake”, and mostly isolated to people adding them into explicit videos so to indulge deeper into their own personal fantasies. However, I warned this was NOT about the fantasy, but was a warning that the trend would explode.

If you have not seen the new deep fake that are being produced by average people online doing the same things they did as above on the same principle, it is shocking to witness, and not because of the nature of the content (for that is essentially the same as before), but because the technology has progressed so quickly that it is almost impossible to tell apart a fake from the real.

This is just two years, and for indulging in one’s personal fantasies. Can one imagine what can exist potentially if one “thinks bigger”? What about fake armies, fake soldiers, and fake statements made by national leaders of major “enemy” nations? Even better, what about the possibility to make fake statements about fake armies for a fake conflict by a fake leader who doesn’t even exist?

Does this sound like a “conspiracy theory”? Indeed it would probably better if it was such, because the fact that technology exists to be able to generate faces of people who don’t exist, to make people “say” things in a video who are not speaking and thus render video possibly obsolete from its position as a long-standing form of evidence in court, and considering the human tendency to use tools for their full good or evil potential, it would be foolish to choose ignorance over the potential real uses of this technology to manipulate the public in ways never before imagined in history.

I will say it again- I speak of TWO years of technological changes. I can only imagine what will come in five years.

The same is with robots. What we are seeing now has a pattern of the “deep fake” trend of 2018. First it was small and simple, and then a few years later, the trend explodes and the world with it permanently changes.

Make no mistake that in most jobs, unless you have a high-demand or intellectual skill requiring human judgement in which AI will serve to supplement human activity such as in the medical field or certain other professions, and especially if one is in a ‘low’ paying job, one may be looking at replacement with a robot soon. The latter for ‘high’ paying jobs will most likely come later.

As a trend, we are looking at jobs and economics, but in a greater sense, this is a “fourth industrial revolution” beginning, where man and machine are battling it out for their place in society, and possibly, may even attempt to merge into one in a perverse form of the evolution that the new darwinists call “singularity”.

The future will be interesting.