You are here: Home › House Votes To Decriminalize Medical Marijuana 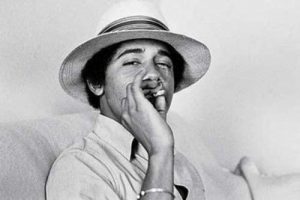 I have been continually saying that drug legalization is a major trend for the future. This will have major consequences for the future on the legal system, financial investments, and society. It is global too, and once it picks up support in the US, which it is doing on a statewide level, it could become international.

According to ABC News, a major step was taken that while not legalizing the drug, the US House voted to federally decriminalize marijuana possession.

For the first time in congressional history, the House of Representatives voted to pass a measure that would decriminalize marijuana use at the federal level — months after pulling the bill amid worries the controversial vote could cause some lawmakers to lose tight races in November.

The vote passed 228-164, mostly down party lines, with just five Republicans voting in favor of the measure. Six Democrats voted to oppose.

“For far too long, we have treated marijuana as a criminal justice problem instead of as a matter of personal choice and public health. Whatever one’s views are on the use of marijuana for recreational or medicinal use, the policy of arrests, prosecution, and incarceration at the Federal level has proven unwise and unjust,” Nadler, D-N.Y., said during debate on the bill Friday morning. “I have long believed that the criminalization of marijuana has been a mistake, and the racially disparate enforcement of marijuana laws has only compounded this mistake, with serious consequences, particularly for communities of color.” (source)

Now this still has to pass the Senate, but the purpose here is clear. In five years, it is likely to see marijuana decriminalized on a federal level, and thus legalized in most states.

Be prepared for it.

“Religious Jewish Man” Arrested After Trying To Burn Down Catholic Church On The Mount Of Olives In Israel
Jewish Cult Leader Has Child Stripped And Beaten For Hours, He Has Children Starved And Even Prohibits Sick Children From Taking Medicine. In The Middle Of His Trial He Flees To Guatemala
Follow