You are here: Home › Germany Synagogue Shooter Sentenced To Life In Jail For Shooting 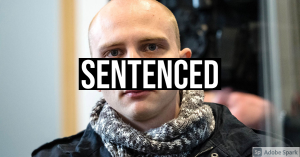 Last year, we covered the case of a synagogue shooter in Halle, Saxony-Anhalt, Germany, where a man shot up a synagogue and a few other businesses before attempting to flee and being arrested. In a follow up to this story, the shooter, Stephan Balliet, has been sentenced to life in prison.

Two people were killed outside the synagogue in Halle, in eastern Germany, during the attack on Oct. 9, 2019. In convicting the assailant of murder and attempted murder, the presiding judge, Ursula Mertens, said that the effort to kill the 51 people inside as they observed Yom Kippur had been “despicable, cowardly and inhuman.”

The attacker, Stephan Balliet, a 28-year-old German nationalist, stood motionless as the judge read the sentence. He had confessed to the attack, some of which he had filmed with a camera and streamed live over the internet.

Although the streamed assault attracted little attention at the time, downloads of it have since been widely shared among like-minded individuals on the far right, an expert witness told the court. (source)

Whoever Did The Bombing In Nashville, Did Not Want To Kill Anyone
Merry Christmas, The Yom Kippur War, And Some Thoughts This Christmas
Follow