You are here: Home › Merry Christmas, The Yom Kippur War, And Some Thoughts This Christmas 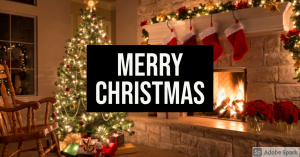 I would like to wish all of our readers a very Merry Christmas. I hope you are enjoying the Christmas season, because unlike what is commonly promoted, Christmas begins now and goes until at the very least, Three Kings Day. If one wants to be technical as well as historical, Candelmas, or February 2nd, marks the actual end of Christmas as a season. So just because the American corporate world starts selling Christmas before “Black Friday” and ends it the exact day after Christmas means nothing. If there is one who is abusing, manipulating, or just distorting traditions, it is they, and not the historical reality.

This Christmas, we saw a bombing in Nashville take place. I was aware of what happened. However, I was was consumed with other things.

As I have noted, I celebrate Polish Christmas, of which the main celebration is on December 24th, with Christmas Eve. Due to a variety of circumstances, as the details are not relevant, the fact is that I spent more hours than I can count cooking Christmas Dinner (Wigilia) and to that going to mass at Midnight for a variety of reasons (and almost falling asleep in mass numerous times). I then returned home to take care of Christmas presents, which was a process that took until about 5 AM. After a brief rest, it was then off to see family for more festivities and things that kept me very busy.

I stayed near the news, and checked it as I could. However, between the noise, chaos, family, people, commotion, and all things expected and many unexpected, it was quite the experience. I do not complain. In fact, I rather enjoyed it, but at the same time, by physical body more than one must have said “You have got to be kidding,” “Are you serious again,” and “Nope, not this time.”

As I laid down in a state of exhaustion, simultaneously taking care of other business, I thought, and then I remembered the Yom Kippur War of 1973.

To summarize, the Israelis were attacked by a coalition of Soviet-backed Arab states, and after about three weeks of fighting, Israel won and even claimed more territory than before. The purpose of the war was to attack Israel at a time when she was ‘at rest’, and so to make it easier to defeat her. But this did not happen, and the opposite resulted

Now I do not feel attacked, threatened or worried. Rather, there has been so much going on in the news to process that it has taken more time than I would have liked it to. Then, this Nashville bombing happened at a time when I and much of the world was at rest, at least in the US and Western world.

Was this attack the end of the world? No. Does it mean something? You bet. Will it be interesting to see what happens? Absolutely. But for the last two days, it was better to enjoy, as much as possible, Christmas with family and friends.

If one wants peace to endure, one must be prepared for the unexpected, including conflict with others. One must always be ready for action, but at the same time, one must also rest too.

I believe this extends well beyond Christmas, and to another thought I have had, which is 2021.

I am going to say this rather frankly. 2021 is NOT going to be better. In fact, I expect it to be a complete hill of filth, thrown as aggressively as one can into fan blades moving at a high rate of speed.

You think 2020 was bad? I fear that we will WISH for 2020 next year at this time, because as I have said and will continue to say, the fundamentals of what we are facing have not changed, and this is all that matters. Fundamentals, fundamentals, fundamentals. We are facing a solvency crisis (debt and currency), a rule of law crisis, political crises, and at a time of nationalism and militarism. These are not getting better, but amplifying.

The biggest issue, and the one that I keep hammering at, is the debt, because it is the US and her investors ignoring the debt situation that allows the ‘party’ to keep going as it has been for the last fifty years. Once people are forced to pay attention to it- something COVID started -it will force a reckoning with the unpayable nature of it, and to that will cause major economic and political consequences. Everybody in the world will be affected, for the worse.

But that said, what can we do about it, other than prepare ways to weather the crisis so to set oneself up in a better position than before?

In order to do this, one needs to think clearly, and as a part of it, that means one cannot always focus on what is happening, but take select periods of rest.

This is what I speak of, that one cannot ‘save the world’ or the problems that are happening. One can only respond to them as best as possible. One cannot respond well when one is sick, disorganized, or incapacitated.

Now that the ‘main celebration’ for Christmas for most people has come and gone and the world is, quite overnight ‘back to the normal grind’ of life, it is something to remember that holidays should not be celebrated in the practically neo-pagan western way, but as organic things not restricted to a stringent clock, but to the organic one in which they have been traditionally celebrated. Likewise, now is the time to work harder than ever, striving towards getting ready for the future, but to do so in a way that is reasonable and does not overtax one’s capacities, mind, or come at the expense of a man’s ability to function. Instead, it is to take select periods of rest alongside much work so that one can be more effective than even and if a situation should arise like the Yom Kippur War (not a literal war per se), where short notice is required, one can respond quickly and effectively.

Merry Christmas from all of us at Shoebat.com, and get ready because 2021 is going to be quite a ride.