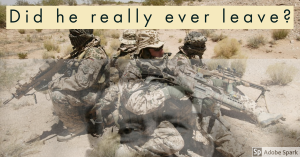 In an interesting piece of news coming out of Germany and reported by NPR, the German government has ‘disbanded’ an elite military unit after ‘far right extremism’ was found in its ranks.

Germany’s defense minister on Wednesday disbanded a unit of the country’s elite commando force, known as the KSK, following an official report earlier this year that found far-right extremism within its ranks.

In January, a report by Germany’s Military Counterintelligence Service revealed that some 500 soldiers in the German military, or Bundeswehr, were being investigated for far-right extremism. It noted that 20 of those cases involved soldiers who were part of the Command Special Forces, or KSK – an anti-terrorism and hostage rescue unit with approximately 1,300 soldiers.

Defense Minister Annegret Kramp-Karrenbauer said the KSK had created a “wall of secrecy” around itself and she told the Süddeutsche Zeitung newspaper on Tuesday that the elite force had developed a “toxic leadership culture” and “cannot continue to exist in its present form.”

Some of the 70 soldiers from the disbanded company would be reassigned to one of the KSK’s three other combat companies, Kramp-Karrenbauer said.

“We will give the KSK time to press the reset button,” she said.

However, Kramp-Karrenbauer insisted “we need the KSK.”

“The vast majority of the men and women in the KSK and in the Bundeswehr as a whole are loyal to our constitution, with no ifs or buts,” she said.

According to Deutsche Welle, the extremism allegations date back to 2017, when KSK members at a party performed the Nazi salute and played right-wing extremist music.

In May, investigators discovered Nazi memorabilia, weapons and explosives on the property of a sergeant major assigned to the KSK, according to Deutsche Press-Agentur.

In yet another incident, which Kramp-Karrenbauer called “disturbing” and “alarming,” authorities were looking into the disappearance of 48,000 rounds of ammunition and more than 135 pounds (62 kilograms) of explosives from the elite unit’s arsenal. (source)

The real story is not this, but rather, what happens after this “investigation”?

The soldiers are going to be ‘disciplined’ and some were ‘re-assigned’, and there is talk about ‘pressing the reset button’, but the reality is that all of this is just euphemisms. They mean nothing in any practical sense of stopping the growth of National Socialism and its ideas.

What does ‘disbanding’ the unit do other than to give a public show that says ‘look, we stopped this’, when the people who spread the information are just being moved around where they can go and, arguably (if it is not already rooted in) spread the same ideas? This same argument has been used in the case of the Catholic Church where homosexual priests caught abusing teenagers and boys were not defrocked and prosecuted, but moved around where they could continue to do serious damage to the faithful.

Likewise, why mention the weapons and ammunition? What was the purpose of this? It is not stated, but as Shoebat.com has discussed many times, Germany and other western nations for decades during the cold war supported right-wing, fascist groups and provided them with weapons and munitions “stolen” from other military units, and as such it was they were not stolen, but ‘stolen’ was the excuse for trafficking them to terrorist groups and other proxy war actors throughout the world.

It cannot be proven at the current time, but this ‘unit’ that was ‘exposed’ has the feel of a Gladio-type operation, organized by nothing less than the German government herself.

Germany talks a strong line against National Socialism, but National Socialism is far more than people in brown shirt goose-stepping to music. It is a philosophy rooted in paganism and darwinism that elevates national and racial pride beyond the healthy embrace of identity into a quest for global dominance at the expense of others, and in Europe it has lead to two world wars, the Thirty Years war, and countless other struggles that have caused untold chaos and death for so many.

Germany is not doing anything to stop this, but by her “moving” people around is but a nationalist equivalent of what sodomite prelates in the Church have done to cover the crimes of their fellow churchmen. Germany is just as nationalist as she has been in the past, and it would be incredibly foolish to think that she has significantly changed. She wants to rise again, and given the changing political climate, there is a serious possibility that she may indeed again in what will culiminate in a third global conflict. This is just another rumbling of what is coming.