You are here: Home › Supreme Court Has Two More Major Cases Coming Up On Religious Liberty 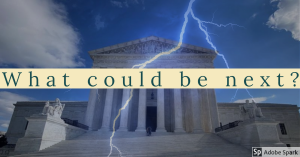 People talk about 2020 as a disaster for the health of the general public and economy, but the political health of the US is also ailing, especially for American Christians, as three recent Supreme Court Rulings, two which concern major changes to the Civil Rights Act of 1964, and the other which undermines much of the work done on laws opposing abortion. Now as Bloomberg reports, there are two more major cases that could have tremendous effects on Christians, the first which concerns contraception mandates, and the other which allows for religious schools to discriminate based on religious beliefs.

The Trump administration is seeking to give employers and universities a broad right to claim a religious or moral exemption from the Obamacare requirement that they offer free birth control through their health-care plans. The opt-out would expand a narrower religious exemption offered by President Barack Obama’s administration as part of the Affordable Care Act.

Although the case could turn on technical questions of federal administrative law, its symbolic and cultural implications loom much larger. And a high court blessing for Trump’s opt-out could mean that tens of thousands of woman would lose access to free contraceptives.

The administration is arguing alongside the Little Sisters of the Poor, an order of Catholic nuns that says it is trying to avoid having its employee health-care plan “hijacked” to provide birth-control coverage.

As in many of the court’s cases, Chief Justice John Roberts may wield the pivotal vote. During arguments in May, he said the Trump exemption “reaches far beyond” the Little Sisters’ concerns. “In other words, not everybody who seeks the protection from coverage has those same objections,” he said.

Religious Schools
The contraceptive clash is one of two remaining religious-rights cases. The court also will decide whether to extend a previous ruling that shields faith-based organizations from discrimination claims by ministers. Two Roman Catholic grade schools in Southern California say that exemption should also apply to teachers who carry out important religious functions.

In the 2012 case, Roberts said a religious group has a constitutional right to “shape its own faith and mission through its appointments.” That unanimous decision threw out a suit by a grade-school teacher who had completed a required theology program and been given the title “minister of religion.”

Federal appeals court panels said the circumstances were different in the latest cases because the instructors held the title of “teacher,” lacked any special religious training and didn’t hold themselves out as religious leaders or ministers. The schools are being accused of age and disability discrimination.

The Supreme Court’s conservative wing has been broadly supportive of religious rights in recent years. On Tuesday a divided court bolstered the school-choice movement by ruling that states must include religious schools in programs that offer taxpayer subsidies for private education. (source)

From what it appears, if either of these cases are to be overturned, it would be the end of what is called “religious freedom” in the US because it would say that the government can force religious organizations- namely Christians -to engage in practices contrary to their beliefs or else be legislated, sued, and potentially taxed by stripping their 501(c)3 status from them into oblivion.

The contraception issue is clear, and as it is an extension from the years under Obama, on whether or not religious organizations can be mandated to pay for birth control, which is a clear violation of Catholic teaching. The religious school issue is if employers can say certain persons with or without certain qualifications can be employed based on religious standards.

Both cases involve Catholic groups, and this is of note because regardless of what one thinks of the Church, she is the largest single Christian bloc in the US and the world. If the Church is beaten into submission, than all other churches will follow, for even the powerful Southern Baptists would not be able to stand up. Since a great part of American Christianity is based on cults of personality rooted in contemporary ideals about American nationalism, most individual churches would simply close or submit, and those who resisted would either stay on as small groups and never have the power to seriously assert themselves in society.

Roberts three times now has sided with the above decisions. The question remains if he will act as another “swing vote” in these cases, since they are potentially serious in their implications for religious freedom.

We may be witnessing, not just in these cases, but in the series of those which preceded them a twilight of “religious freedom” in the US. If this were to happen, where religion is no more than an extension of state power, then the US would be further down a path to embracing in practice the same socialism it once so ardently claimed to publicly oppose, and to be a Christian will no longer have any social benefit to one’s life, but will be a choice made with difficulty and great economic or social cost just as it once was in the ancient world.

So When Does Ghislaine Get COVID-19?
Woman Cries Out In Pain As Drug Cartels Slowly Dismember Her Alive Before Beheading Her On Video
Follow