You are here: Home › The Trump Administration Is Backing Turkey’s Control Over Syria. Now Turkey Controls 15% Of Syria And People Are Using Turkish Currency And Not The Syrian Pound 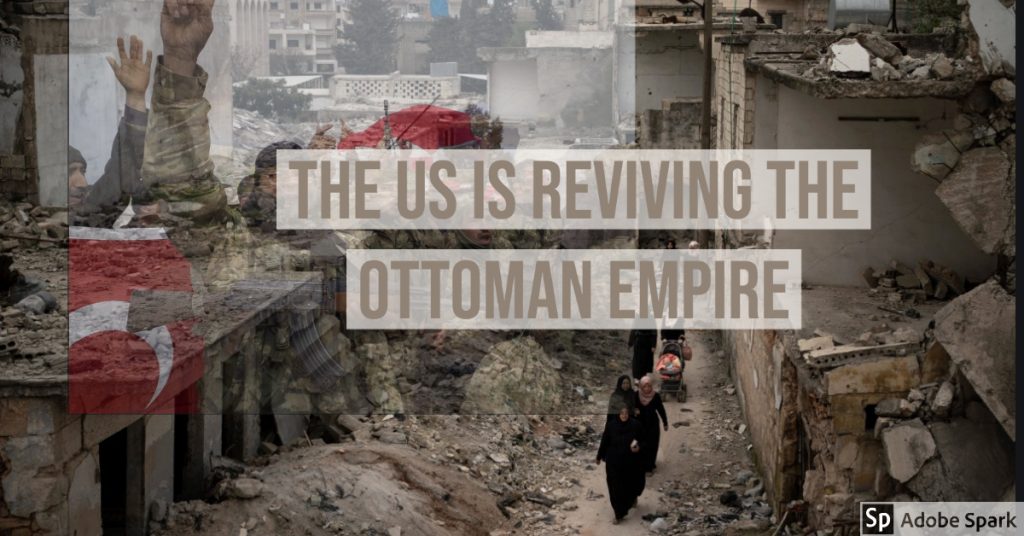 The Trump administration, working in accordance to common US policy, has been backing Turkey in its expansion into Syria. Now Turkey controls 15% of Syria and people in Turkish occupied land are using the Turkish lira as opposed to the Syrian pound, which is a definite indication that what is happening is not just some NATO peace mission, but Turkish imperialism. Foreign Policy reports:

Despite talk of the war “winding down,” Assad and his allies still only control around 60 percent of Syria. Around 15 percent is in the hands of the Turks and their Sunni Islamist allies—recently, they started using the Turkish lira currency in those areas, in place of Syria’s devastated pound. An additional 25 percent is controlled by the U.S.-aligned, Kurdish-led Syrian Democratic Forces. The United States backed Turkey in its confrontation with a regime- and Russian-led offensive in March this year. And contrary to U.S. President Donald Trump’s tweet announcing withdrawal in October 2019, U.S. forces are still present in the Kurdish-dominated area.

The immediate goal of the Trump administration’s Syria policy—which emerged from and is being run by Secretary of State Mike Pompeo’s office—is to secure regime acceptance of a nationwide, unlimited cease-fire. That would freeze the current battle lines in place and allow negotiations about the country’s political future to begin. Free elections and the departure of Assad are what the United States hopes would follow, but Washington would retain the ability to dial economic pressure up or down, depending on the extent of cooperation from Assad and Russia.

In the midst of Turkish imperialism, the US is orchestrating a calculative strategy of making sure that Syria remains economically crippled. One of the ways that the US is going is is by preventing other countries from assisting the Syrian economy. As the report from Foreign Policy says:

The urgent need for reconstruction and the absence of funds have created a lever against the Assad regime that the United States has been diligently working. First, the United States has maintained with the European Union a united front on demanding that no reconstruction funds will be made available to Syria so long as the regime refuses a “comprehensive, genuine and inclusive political transition, negotiated by the Syrian parties to the conflict on the basis of U.N. Security Council Resolution 2254”—a long way of saying that for as long as Assad refuses to negotiate his own departure, his regime won’t get any money.

Second, the United States intends to block any possible economic escape routes for the regime. The so-called Caesar sanctions against the Syrian government took effect on July 17. They will severely penalize third parties doing business with Assad’s Syria. China and the United Arab Emirates have both expressed a willingness to be involved in the reconstruction of Assad’s Syria. The UAE is likely to reconsider in light of the Caesar Act. (Predicting China’s response is more difficult.)

The crippling of the Syrian pound while people in Turkish occupied territory are using the Turkish lira is symptomatic of what is taking place: the US is helping to revive the Ottoman Empire.