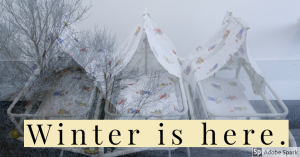 The US population continues to undergo major demographic shifts as families decline and fewer children are born. Bloomberg reports that the sharpest declines have been among the “non-hispanic white” demographic, which shows precipitous decline.

U.S. racial and ethnic minorities accounted for all of the nation’s population growth during the last decade, according to new Census Bureau estimates.

The data underscore the nation’s growing diversity and suggest that the trend will continue as the White population ages and low birth rates translate to a declining share. Non-Hispanic Whites declined to 60.1% of the populace in 2019 and their number shrank by about 9,000 from the 2010 Census to slightly more than 197 million.

Over the same period, the U.S. added 10.1 million people identified as Hispanic. The median age for White non-Hispanics rose to 43.7 years — more than a decade older than the median Hispanic of any race — with Black and Asian American residents in between.

“The declining White population share is pervasive across the nation,” according to a report by William Frey, senior fellow at the Brookings Institution. The decline was “accentuated in the past few years by a reduction of births among young adult White women and an uptick in deaths, perhaps associated with drug-related ‘deaths of despair.’”

If the data are confirmed by the 2020 census that’s underway, the decade after 2010 would be the first one since the first population count was taken in 1790 that the White population didn’t grow, according to Frey. (source)

I have reported on the US demographic changes for a long time, and have noted that most of the change has been driven by the absolute refusal of American women- and disproportionately “non-hispanic white” women to have children. All race groups show considerable declines in fertility, and it is arguable that the only reason the “hispanic” demographic is not lower is because of (a) migration and the fact that many families still have two children. However, I do not want to make the argument that “immigration” is the problem, but rather, to say what I have noted before, is that we are seeing the effects of what happens when people refuse to have children.

It must be made clear that I am not talking about people who biologically cannot have children because of natural reasons or are having severe trouble (I think immediately of a man I know, married for about fifteen years, who is in his forties and he and his wife just had their first child after trying for their whole marriage), or of people who are unable for another serious reason (for example, cannot adopt because of their economic situation). Rather, the issue is one of hedonism, as many people simply refuse to have children because they don’t want them, and prefer to live a childless, single, barren, sad existence.

Societies are made of people. Without people, societies cease to exist. People are good because God made people, and God only makes good things. Sin can corrupt, but that is why God came to man- to redeem him from his sins and eventually find peace and his true home in union with God.

The world and America is facing a huge problem with population, but it is not a surplus issue, since surplus populations do not merely “eat and destroy”, but naturally diffuse throughout the world and bring their cultures and ideas with them, regardless of the race. The problem is a demographic winter, and not just in Europe, but all continents, including the very fertile lands of Africa, which produce families with many children still.

It is not the fault of Africans, Indians, or other demographics that, regardless of their religion, fulfill the Biblical commands in the Old Testament to ‘be fruitful and multiply’. Indeed, it is a hope for them that many, if they are not Christians, would be both converted from evil ways and find the perfection of what truths they already know and possess in Christ and His Church, for God does not favor race, but obedience to Him and His commands, and even if one group is very talented or knowledgeable, who is to say the God will not impart the same blessing on another group who wants to do what is right and genuinely tries?

America is demographically changing, and this will have major effects on life, culture, populations, and politics. However, for all who complain about it, there was and still is a solution, for while cultures always change and peoples mix, if one believes in something and that it is good, one passes it on, and that process begins always in the family.

It is time for people to stop blaming others for their problems and to do their part in making the world truly as how they want to see it, for if they value themselves, their beliefs, and want to share them with others, that process cannot be separated from having children, for the honor of God in fulfillment of His commandments, and for the love of one’s fellow man and oneself.

Florida Now Has Over A Quarter Of A Million Covid Cases
The Trump Administration Is Backing Turkey’s Control Over Syria. Now Turkey Controls 15% Of Syria And People Are Using Turkish Currency And Not The Syrian Pound
Follow