You are here: Home › Egyptian Military Equipment Spotted In Libya As Talk Of War Between Turkey And Egypt Intensifies 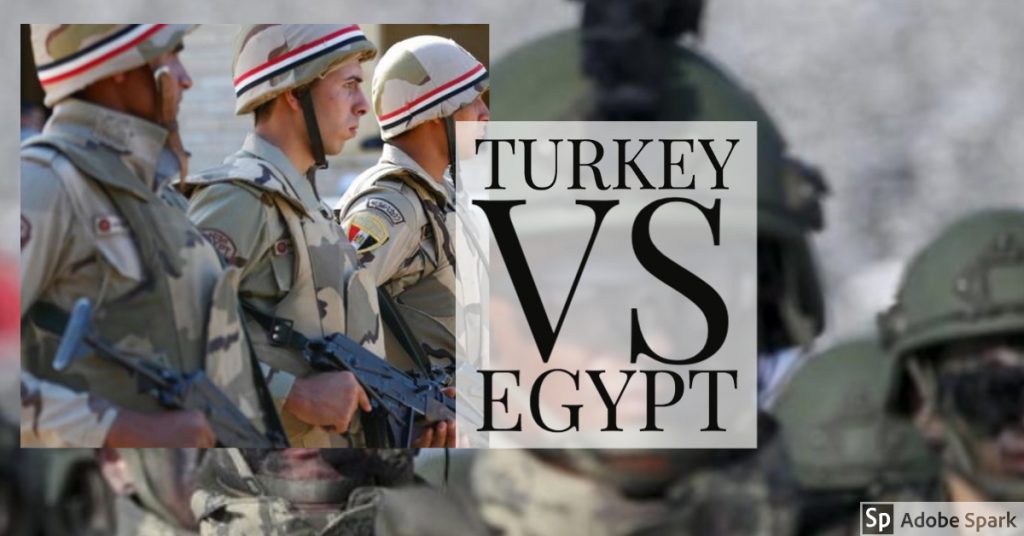 The parliament of Tobruk in Libya just approved a motion authorizing Egypt to make a direct military intervention into Libya’s civil war if the Egyptian military is needed to war against the Turkish backed Government of National Accord (GNA).

The Egyptians are backing Khalifa Haftar, a Libyan general who until recently controlled most of Libya but has lot tremendous swaths of territory thanks to Turkey’s military support for Haftar’s enemy, the Government of National Accord. The battle lines   The resolution passed by the Tobruk parliament authorizes “Egyptian armed forces to intervene to protect the national security of Libya and Egypt if they see an imminent danger to both our countries”. The passing of this resolution follows a statement from the President of Egypt, Abdel Fatah el-Sisi who said last month that Egyp could deploy troops into Libya, warning the GNA that “Any direct intervention in Libya will be aimed at securing the border and a ceasefire”.  El-Sisi also affirmed that his country has a right to do “external military missions if necessary”, adding: “Any direct intervention from the Egyptian state has now acquired international legitimacy. … If some people think that they can cross the Sirte-Jufra frontline, this is a red line for us.”

The GNA responded that it considered el-Sisi’s comments a “declaration of war”. The center of the fighting is now Sirte. Anwar Gargash, the UAE’s minister of state for foreign affairs, wrote on Twitter: “The drums of the war raging around Sirte in Libya threaten serious developments and dangerous humanitarian and political consequences. Meanwhile GNA spokesman Mohamad Gnounou affirmed that GNA forces would advance toward the “cities taken hostage” and “eradicate all outlaw groups”. Egypt’s military recently conducted exercises involving navy, air force, and special forces near the Libyan border in response to the “severe and rapid changes” in neighboring Libya.

Notwithstanding these tensions, there are numerous analysts arguing that the chances of a military intervention into Libya by Egypt is unlikely. Libya analyst Jalel Harchaoui – of the Clingendael Institute in The Hague – said that regardless of the the rhetoric, he does not agree that the risk of Egyptian military intervention is imminent:

There is a recent report on Egyptian military supplies being sent into Libya, as we read from Middle East Monitor:

The Libyan Army monitored the arrival of military supplies coming from Egypt to the city of Tobruk yesterday.

According to the media centre of the Libyan Army’s “Volcano of Anger” operation, the delivery came a day after renegade General Khalifa Haftar announced that a “major battle” was taking place in the surroundings of Sirte and Jufra.

The Libyan Army Media Centre published a picture of trucks transporting weapons and military ammunition, and people wearing military uniforms standing next to them, without providing further details.

The centre had previously released photos showing the arrival of a ship from Egypt carrying 40 containers of military supplies and ammunition to support Haftar’s militia. The vessel had docked on 8 April.

The sword shall come upon Egypt,
And great anguish shall be in Ethiopia,
When the slain fall in Egypt,
And they take away her wealth,
And her foundations are broken down. (Ezekiel 30:4)

“He shall stretch out his hand against the countries, and the land of Egypt shall not escape. He shall have power over the treasures of gold and silver, and over all the precious things of Egypt; also the Libyans and Ethiopians shall follow at his heels.” (Daniel 11:42-43)