You are here: Home › Muslims And Pagans Are Forcing Poor Christians Around To Choose Between Christ Or COVID-19 Aid 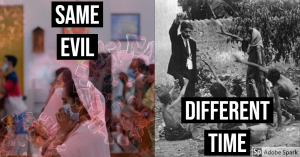 The US has been struck with great force by COVID-19, much more so than the entire world. However, the severity of the disease in the US does not mean that it is not affecting people in other nations, and likewise it does not mean that many other people are not being affected, and sometimes in far worse ways. According to the Christian Post, there are reports coming in from all over the world, but especially in Asia, that Christians are being forced to choose between Christ and help for themselves and their families with COVID-19, as governments are using the pandemic to try to force Christians into apostasy and if they refuse, to blame them for refusing to help their families.

In the wake of the coronavirus epidemic, Christians in Southeast Asia and Sudan have been ordered by authorities to renounce their faith or risk losing emergency aid, according to numerous reports.

Jan Vermeer, Asia communications director at Open Doors International, told Premiere News the organization has been “inundated with reports of Christians telling us their communities would only give them food if they re-converted back to their original faith.”

“While some have returned to the dominant religion in their country, others have contemplated suicide.”

According to Open Doors, Christians from countries including Bangladesh, India, Sudan and Malaysia are being asked to renounce their faith in exchange for COVID-19 aid.

Pastor Sam, who coordinates Open Doors’ work in Southeast Asia, said in rural Bangladesh, “governments are giving assistance to a lot of people, but many Christians, especially those who come from a Muslim background or a Buddhist background, are not receiving the support when it goes to the villages.”

“The village head normally discriminates against the Christians. They say, ‘Well, you’re Christian. You became a Christian so you are not part of this support,’” he said.

“People may die or convert back to Islam if they don’t have the means to survive,” Sam said, adding that without the support of Open Doors, which is providing coronavirus relief in the area, “many Christians would certainly die of malnutrition and starvation, or decide that following Jesus is too hard.”

“Many of these new believers only have a fragile faith and need to become stronger in the Lord,” he said.

In Sudan, Christian converts face hunger and homelessness during the lockdown unless they reject their faith and return to Islam, according to Open Doors.

A local pastor explained: “Believers from Muslim backgrounds have to be entirely self-reliant because they aren’t given any support from their family, tribes or community, because of their faith,” he said, according to Premiere.

“But because people aren’t able to work in lockdown they don’t have money for food and are finding themselves being kicked out of their homes, unable to pay rent.

“When Christian converts do ask for help from their Muslim community, they are told they have to give up Christianity if they want to be helped. It is a tragedy.”

In East Malaysia, one group of Christian students were told by their local mosque that they would have to convert back to Islam to receive any food aid from the community during the coronavirus lockdown.

An earlier report from Open Doors found that in Vietnam, the government denied food aid to more than 100 Christians, including children and the elderly.

“You are Christians and your God shall take care of your family!” authorities told 18 Christian families, comprising 107 people, in north Vietnam. “The government is not responsible for your families!”

A local partner of Open Doors, which was not identified due to security reasons, said, “They strive to put food on their tables, and they consume their rice little by little every day. When they learned that the government’s support was coming to their district, they were so happy — only to find out that they were not on the list because they are Christians.”

Similarly, John Prabhudoss, Federation of Indian American Christian Organizations chairman, told The Christian Post that the organization has received “several reports” of religious minorities in India being mistreated during the pandemic.

“Specifically, many are being left out of the programs created to help the people during this crisis,” he said. “Obviously, there are several systemic flaws in the Hindu nationalist government’s approach to the problem. Because of those fundamentally flawed approaches, Christians and other religious minorities are suffering but they are not the only victims. Various sections of economically vulnerable people are also suffering due to these fundamentally flawed attitudes of the Hindu nationalist government.” (source)