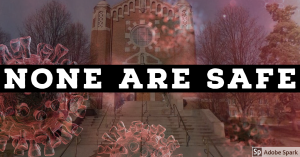 Thirteen nuns have died after over thirty at a Michigan convent were infected with COVID-19 according to CBS News.

Thirteen nuns at a Roman Catholic convent in Livonia, Michigan, have died of COVID-19 complications since the outbreak began, 22% of residents, said a spokeswoman for the Felician Sisters of North America. Seventeen nuns recovered, Suzanne Wilcox English said Tuesday.

The nuns — who ranged in age from 69 to 99 — included teachers, an author and a secretary in the Vatican Secretariat of State, according to the Global Sisters Report, an outlet of the National Catholic Reporter publishing company. The Global Sisters Report said the 13 deaths “may be the worst loss of life to a community of women religious since the 1918 influenza pandemic.”

“I first heard two aides had contracted the virus,” Sister Andrew told Global Sisters Report. “We don’t know who they are, and we don’t want to know. Then it hit sisters on the second floor, and it went through like wildfire.”

The outlet reported that at least 19 other nuns have died of COVID-related complications in the U.S. as of July 16. (source)

It does not matter that the nuns were “old”, because while it is absolutely true that COVID-19 does tend to affect the elderly more (although many younger people with no seeming health problems have died from the illness, as many other reports have noted), this report correctly points out that this loss may be the worse to affect a women’s religious community since the Spanish Flu pandemic of 1918.

As I have noted, diseases do not have any racial, ethnic, religious, gender, or political barriers to infection, since they affect all people and as long as one is a human (which all men are), they can be infected with the virus as well.