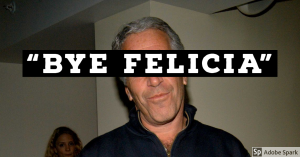 The case against the notorious pedophile and pimp for the rich and powerful Jeffrey Epstein’s accomplice Ghislaine Maxwell has attracted international attention, and with that investigators are beginning to pry into more details about Epstein’s life, even after considerable attempts to bury discussion of the case. In a story from ABC News, the veil of secrecy over Epstein’s businesses and bank accounts is finally starting to be lifted to public scrutiny.

The government of the U.S. Virgin Islands is upping the ante in its quest to pierce the veil of secrecy that cloaked the life and wealth of financier Jeffrey Epstein, the deceased sex-offender who accrued a fortune of more than $650 million under mysterious circumstances.

At least ten financial institutions — including Deutsche Bank, JPMorgan Chase and Citibank — have been issued subpoenas in recent weeks from the office of USVI Attorney General Denise George, according to court filings reviewed by ABC News. The subpoenas seek account records, transaction details and communications concerning Epstein, his estate, and more than 30 corporations, trusts and nonprofit entities connected to him.

The move comes as lawyers for Epstein’s estate are locked in an increasingly acrimonious duel with George, who filed a civil forfeiture lawsuit against the estate in January, five months after Epstein died while in a federal jail in New York. The complaint alleges that Epstein constructed a network of companies and individuals to enable and conceal his alleged sex-trafficking of girls and young women to Little St. James, his luxurious private island resort off the east coast of St. Thomas.

“Epstein, through and in association with defendants, trafficked, raped, sexually assaulted and held captive underage girls and young women at his properties in the Virgin Islands,” the suit said.

Several of the financial firms are also being asked for records concerning “The Butterfly Trust,” an Epstein-related entity that opened accounts at Deutsche Bank in 2014 and which listed several of Epstein’s alleged co-conspirators among its beneficiaries, according to a report from New York state regulators released earlier this month.

That report found that Deutsche Bank maintained its relationship with Epstein until late 2018 despite multiple “suspicious transactions” and “red flags” that could have been related to his alleged sex-trafficking operation.

Epstein allegedly used the Butterfly Trust and various other accounts to “send over 120 wires totaling $2.65 million to beneficiaries … including some transfers to alleged co-conspirators or women with Eastern European surnames,” regulators noted, as well as to make “lawsuit settlement payments to alleged victims, and rent, legal, and immigration expenses made to or on behalf of young (albeit adult) women,” according to the report. (source)

It is of interesting note that the trust was called the “butterfly trust”, since the butterfly is an FBI acknowledged symbol of pedophilia used to indicate preference for either boys or girls. If one considers how Epstein was involved in the pimping and trafficking of children to major political and world figures, it is interesting that such a name would be chosen by him.

But as the court documents for the Epstein case are opened and the case against Ghislaine Maxwell continues to advance in court, it will be interesting to see what evidence that has not possibly been “pre-cleaned” comes out for people to see and what it may expose about those in power and what they have been doing.