You are here: Home › Study: Half Of Households In US Are Financially Struggling 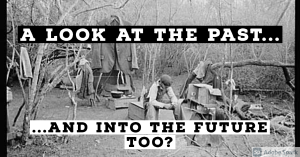 The US is in a lot of trouble because of COVID-19. The pandemic has been used to destroy incomes, put people out of work, and cause a tremendous amount of economic chaos. This had been coming for years, for as I have written many times before, the chaos should have happened back in 2007 but was intentionally delayed. Now almost a decade-and-a-half later, the same problems are still here, but just deadlier than before because the passage of time has not changed the fundamentals of the problem, but amplified the effects of the same.

To this, a report from The Week shows that half of households in the US are financially struggling.

At least half of all households in those cities — 53 percent in New York City, 56 percent in Los Angeles, 50 percent in Chicago, and 63 percent in Houston — reported facing serious financial problems, including depleted savings, problems paying credit card bills, and affording medical bills.

The issue here is not just a lack of money- although that certainly is the problem -but the inability to get a job that pays a livable wage combined with the rising prices due to not inflation (an overdemand in a good or service), but rather the declining value of the currency itself.

Do not let people say that “inflation” is driving problems- it is not -because if inflation was driving price increases, it would show a lot of consumption going one. One can see true inflation right now in some regional housing markets were wealthy people are buying up homes at above average rates- this is where prices are being inflated.

What is happening right now is the value of the money itself is in decline. This is NOT inflation, but rather atrophy of the currency itself, and that leads not to inflation, but rather hyperinflation. It is deceptive to call it “inflation” because it appears to be but is really not. Think of this as a form of trickery but with economic language.

I have said this many times before, but the fundamentals that have causes the problems for this are not going to change because they are based on systemic issues in the works for decades. This is not the time to try to fight them- you cannot since nobody can -but rather to accept them and deal with them in your particular context.

This will mean a lot of people, if they are going to pull through this, will have to work very hard at finding extra work, will have to reduce expenditures, and will have to make a lot of sacrifices. I do not say this flippantly, but seriously, since there is no other path that one can take to get to the other side of this crisis.

It is a fact that all crises eventually pass, and when this one passes, there are two positions that one can be in. Either one is going to be better off and more stable, or one will be a lot poorer and less stable long term. The choice for the future has to be made now since it is the actions taking place in the present time that will shape the future.

Remember the fable of the grasshopper and the ant. This is not just allegorical, but a metaphor for what is happening right now, and a a wise man would take good counsel to heed its warning right now.

We Are Returning to WW1 Conditions
The Greek Military Warns Turkey: ‘We Do Not Play Games.’ The Turkish Government Tells The Greeks: “If You Have The Guts, Come.”
Follow