You are here: Home › San Francisco May Allow Sixteen-Year-Olds To Vote 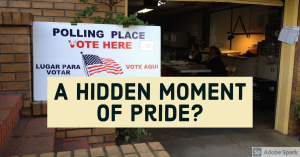 Voting is one of those activities that draw the attention of the public because whether one believes in it as an efficacious tool of expressing political will or not, the vote is one way that binds all citizens to voluntary participation in the life of their nation. Voting is traditionally a practice reserved for adults, but as NBC News reports, the trend-setting state of California and her city of San Francisco may make a change by allowing sixteen-year-olds to vote.

San Francisco residents will be casting ballots in November to determine not just who should be in the White House, but if the city should be allowing 16- and 17-year-olds to vote in local elections.

A similar measure introduced in 2016 narrowly failed with 48 percent of the vote, but local activists and organizers are confident that it will pass this time.

“I really think that Vote 16 will help youth of color in San Francisco establish the habit of voting at an earlier age, and really provide them with the support and the resources that they need to continue building on that habit as they grow older,” said Crystal Chan, an 18-year old organizer for Vote 16 SF who fought to get the measure on the ballot.

If the proposition passes, San Francisco would become the first major American city to give 16- and 17-year-olds the right to vote in municipal elections. But the question remains: what would be improved by lowering the voting age by just two years?

“Research is clear on this, that voting is a habit. And 16 is a better time than 18 to establish that habit,” Brandon Klugman, Vote 16’s campaign manager, told NBC News. “Our motivation here first and foremost is to make sure that we put new voters in a position to establish that habit in the first election they’re eligible for, and then to continue participating throughout their lives which is good for democracy on every level.”

While this debate is getting renewed attention, some cities have allowed people as young as 16 to vote in local elections for years — like Takoma Park, Maryland, where city officials say they’ve seen positive results since its implementation in 2013, pointing to increased youth engagement and higher turnout.

“I hear from a lot of people around the country who are interested, a lot of young people but also people who are not young, who are interested in adopting this in their communities,” said Jessie Carpenter, a Takoma Park city clerk.

At the federal level, lowering the voting age has not picked up the same traction, but the initiative does have some bipartisan support in the halls of Congress.

Congresswoman Grace Meng, D-NY, has long advocated for the issue and introduced a constitutional amendment in 2018 to lower the voting age nationwide to 16.

“I’m always inspired by our nation’s youth who have demonstrated wisdom, maturity and passion on issues like social justice, gun control, and climate change,” Meng said in a statement. “They are the leaders of our future and the decisions we make impact their lives every day. To capture their views and experiences, we must lower the voting age to 16 in all elections.” (source)

Now one can say many things about this, whether or not it is good or bad, and if it should be done on the basis of participating in government. Some might say that it should be permitted because up until the early 20th century, the general age of adulthood was considered about fifteen to sixteen, and it was only firmly set at the age of eighteen because of fighting with the Progressive movement, which in addition to its many other positions (such as the Constitutional ban on alcoholic beverages that was later reversed), it said that a man should be twenty to twenty-one years of age before being considered an adult. Eighteen was seen as a “compromise” between the two, as the age of twenty-one for drinking only reflects the Progressivist intellectual leftovers in law as much as the Census Bureau’s instruction that a teenager of fifteen can speak to the Bureau as an adult is likewise from the nineteenth century.

But history aside, and I cannot definitively prove this from the story, simply because there is not enough direct evidence, it seems that the reason for doing this is not because of voting, but the advancement of pederasty.

The logic is simple. If a sixteen-year-old can vote, he is an adult. If he is an adult, he can do other adult things. Thus when a person has relations with somebody who is sixteen, it is under the law not pederasty, but legal. Likewise, it also lowers the age window for permission in relations.

What I mean by this is, in most states, if a person is “under age” and has relations with a person of “legal age”, there is a gap considered to be a legal gray area where it is not necessarily a criminal offense. For example, a sixteen-year-old might have relations with a nineteen-year-old (something not uncommon), and in most states (since the average seems to be about three years) as long as the age is within a set range of years under law, the legal culpability is generally reduced.

If sixteen becomes an accepted normal, then applying the window principle (which is about ten years in California), then it may go as low as thirteen to fourteen (meaning up to twenty three and twenty four would be permitted).

The matter of this is not about voting, but a concern of a matter unrelated to voting that could have an “unintended consequence”- which also seems to be a major way of passing socially unpopular ideas in the USA -the legalization of a lower age of consent.

It will be important to follow, in conjunction with this, what the lobby in California (and other states also) that wants to legalize pederasty does and what they may or may not have to say about this law, for even if the two are not related or connected in any way, sometimes the best of intentions truly do have highly unintended or unpredictable consequences.