You are here: Home › Migration Is Changing South Tyrol 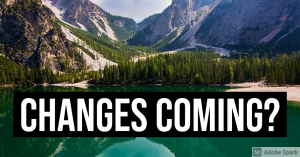 While Europe may be a “small” area in comparison to other parts of the world, like neighborhoods in a major city, there are many small regions with unique qualities and characteristics that distinguish them from others and can be used as practical “levers” in a geopolitical conundrum. It is in these “microregions”, if one is to call them that, that regional politics is local politics, and since all politics is local politics, the domestic effects of a conflict can be amplified many times over to a larger region.

There are many of such examples like Flanders in Belgium, the Basque region or Catalonia in Spain, most of Italy throughout her history (considering that Italy is a creation of the unification under Giuseppe Garibaldi, the Posen region or city(-state) of Danzig/Gdansk in Poland, and others. For our case here, the northern Italian region of historical German control in South Tyrol/Südtirol has been discussing how the area, far from her historical makeup of Germans and Italians, has been significantly changing due to influence from North Africa, Pakistan, and sub-Saharan Africa.

Anyone who spoke of the linguistic and cultural diversity in South Tyrol 25 years ago meant the three historical language groups. Since the mid-1990s, however, the number of people with foreign citizenship living in South Tyrol has increased steadily, and everything indicates that it will continue to increase – despite the pandemic. The growing population with a migration background – 16,000 people in 2002, almost three times as many, over 50,000 in 2017 – brings new diversity to the province, and with it new challenges and questions. In the “Migration Report South Tyrol 2020”, 30 researchers from the fields of sociology, geography, law and political science, history, biology, anthropology and linguistics analyze who the people are who come to South Tyrol and how their integration in school, the world of work and politics works. The presentation is supplemented by interviews, infographics and photos. The approximately 100-page report is intended as an aid for politics, but also as teaching material and attractive reading for all interested parties.

Looking at the foreign population living in the province by nationality, the most strongly represented country of origin is Albania, followed by Germany and Pakistan; Overall, European countries make up over 63 percent of the foreign population in South Tyrol, while all African countries combined make up only 14 percent. Contrary to popular belief, the predominant religion is Christianity, and half of the students who their passport defines as “foreign” were born and raised in Italy.

As far as the labor market is concerned, the report analyzes the immigration of workers from other countries as well as from other regions of Italy: With strong demand and overall unemployment of less than three percent, the province of Bolzano was one of the most attractive provinces in Italy for workers in 2017, exceeded only from Bologna and Monza Brianza. On the other hand, the report also reports on those who leave South Tyrol: 1,500 people in 2017 alone, two thirds of them with a university degree.

Migration movements always have a double face, also in South Tyrol: on the one hand, unavoidable and often indispensable for economic reasons, on the other hand they harbor the risk of social tensions if coexistence is not structured with care and courage. “Even in South Tyrol, where many people are very attached to their home country, it is neither possible nor desirable to escape global dynamics,” explains sociologist Andrea Membretti, co-editor of the report. “On the contrary, especially here, where the peaceful coexistence of the various language groups had to be achieved with great effort, the new migration movements represent a challenge. So it still has to be defined what role the new population groups, together with the long-established residents, will play in the development of the region. ” (source)

In September 2018, I reported how Austria was giving Austrian citizenship to citizens of South Tyrol and to the anger of the Italian government, and that this is a sign of her using this region to exert political influence that has not been seen since the days of the Reich.

Since South Tyrol is an area that already has a lot of tensions between Germans and Italians, adding people who are not even “European” by conventional standards (i.e. German, Italian, Slav, etc.) may only serve to make that conflict worse. That is to say that the Germans and Italians, while they do not like each other and fight, may band together and fight against “foreigners” at some point in the future, and as South Tyrol is known for geopolitical fighting in the Alpine region, while it is not happening right now, a long-term fruit of migration may be the formation of a new form of pan-European nationalism or nationalistic sentiment that results in eugenic consequences for ‘non-Europeans.’

This is one of the reasons why I have been so emphatic that not only should people cease migrating to Europe, but that migrants there may want to leave and should seriously consider it. This has nothing to do with racism, but being a foreigner that one cannot hide the state of being thing in a nation that has a long history of hideous violence and is associating your group with a lot of problems and is is getting visibly angry at you, and that out of charity, trying to help one avoid getting killed at the hands of an angry nationalistic person or mob.

With changes like this happening to South Tyrol, what effects will it have on politics? What else may come of this? It is yet to be see, but South Tyrol will continue to be an area to watch.

Nationalists Do Not Uphold The Cross Of Christ, But The False Cross Of Antichrist
California Fires Threaten Historic Observatory
Follow