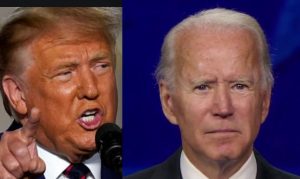 According to Business Insider, Trump has been defeated by Biden.

Biden surpassed the 270 electoral votes required to win the White House by flipping the battleground states of Wisconsin, Michigan, and Pennsylvania, according to projections by Decision Desk HQ. Two other states, Georgia and Nevada, are continuing to count ballots in their tight races.

Biden won over 3 million more votes than Trump as of Friday, a lead that’s likely to grow as states finalize their results in the coming days and weeks. (source)

If this is officially confirmed that Biden has won, remember what I said about the real winners and losers, which I will explain in the future.

It’s not the Republicans who lost (if they are smart), but the Democrats.