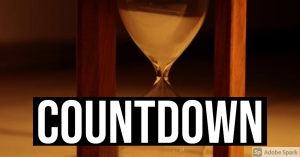 The AP reports that justices and Georgia and Michigan dismissed lawsuits against vote counts filed by the Trump administration.

Judges in Georgia and Michigan quickly dismissed Trump campaign lawsuits Thursday, undercutting a campaign legal strategy to attack the integrity of the voting process in states where the result could mean President Donald Trump’s defeat.

The rulings came as Democrat Joe Biden inched closer to the 270 Electoral College votes needed to win the White House, and Trump and his campaign promised even more legal action based on unsubstantiated allegations of voter fraud.

Speaking in the White House briefing room Thursday, the president launched into a litany of claims, without proof, about how Democrats were trying to unfairly deprive him of a second term. “But we think there’ll be a lot of litigation because we can’t have an election stolen like this,” Trump said.

Earlier Thursday, a Biden campaign lawyer called the lawsuits meritless, more political strategy than legal. “I want to emphasize that for their purposes these lawsuits don’t have to have merit. That’s not the purpose. … It is to create an opportunity for them to message falsely about what’s taking place in the electoral process,” lawyer Bob Bauer said, accusing the Trump campaign of “continually alleging irregularities, failures of the system and fraud without any basis.” (source)