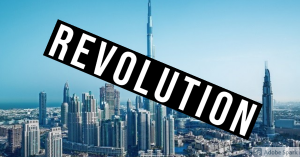 Revolutions do not always take the form of men with guns and death on the streets, but they can take the form of changes to laws that significantly alter the nature of a country in spite of previous or long-established patterns of behavior.

According to the UK Guardian, the United Arab Emirates has made major changes to many controversial or Islamically-based laws that span the breadth of the alphabet, from alcohol to women’s rights.

The United Arab Emirates has ended lenient punishments for so-called “honour” killings, lifted a ban on unmarried couples living together and decriminalised alcohol, in reforms to personal laws.

Foreigners living in the Gulf state will also be able to follow their home country’s laws on divorce and inheritance, rather than using UAE legislation based on Islamic religious law, government-linked media reported.

The country, where citizens are outnumbered nine-to-one by migrants, has long branded itself internationally as a modern business and tourist destination and has not always strictly implemented its own law.

When it has, however, reporting on those cases has shadowed its reputation abroad. Such cases have included that of a woman who was jailed after reporting her rape.

The legal reforms aim to “consolidate the UAE’s principles of tolerance,” state-run WAM news agency reported, as it adapts to changing norms at home and prepares to host the World Expo next year. The gathering, delayed for a year by coronavirus, is expected to draw 25 million visitors.

“I could not be happier for these new laws that are progressive and proactive,” Emirati filmmaker Abdallah Al Kaabi, whose art has tackled taboo topics such as homosexual love and gender identity, told the Associated Press. “2020 has been a tough and transformative year for the UAE,” he added.

Emirati judges have until now been allowed to hand down lighter sentences when a woman was attacked or killed by a relative because she has acted in a way he considers to have affected the family reputation, or “honour”. That can include eloping or fraternising with men not related to them.

The new laws will also include tougher punishments for men who subject women to harassment of any kind, the National newspaper reported.

The reports did not mention other behaviour outlawed by Emirati law, which has previously landed foreigners in trouble, including homosexual relationships, cross-dressing and public displays of affection.

Although alcohol is available for sale in restaurants and bars in Emirati cities, individuals needed a licence to buy booze or keep it in their homes. The new laws would apparently allow Muslims, who have not been able to get licences, to drink alcoholic beverages freely. (source)

Italy Gives Legal Protections To Sodom
What They’re Not Telling You About Kamala Harris: Her Mother Belonged To A Left-wing Cult That Admired The Mass Murdering Communist Dictator, Mao Zedong, Who Butchered 45 Million People
Follow