You are here: Home › What They’re Not Telling You About Kamala Harris: Her Mother Belonged To A Left-wing Cult That Admired The Mass Murdering Communist Dictator, Mao Zedong, Who Butchered 45 Million People

By Shoebat on November 9, 2020 in Featured, General, Highlight 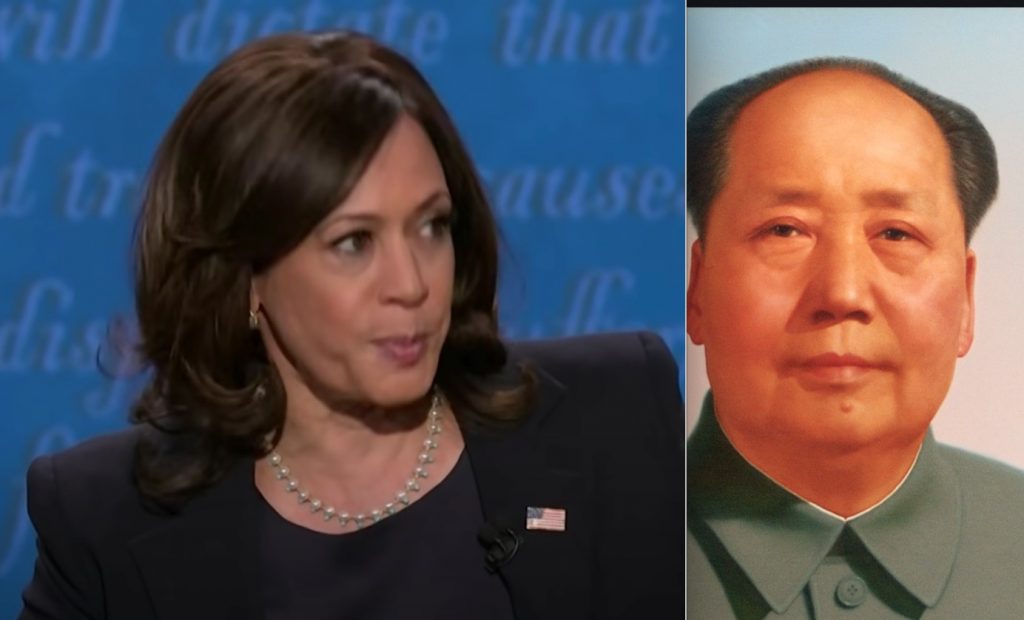 With Kamala Harris being declared as the next vice-president of the United States, its time to look at her Left-wing roots. What few have pointed out is that Kamala’s mother, Shyamala Gopalan, was a member of a radical-Left wing group in California’s Bay Area, which admired the Communist mass murderer, Mao Zedong, who butchered millions. According to the Washington Post, Shyamala and her husband, Donald Harris, were part of “a small group of students who met every Sunday to discuss the books of black authors and grassroots activity around the world, from the anti-apartheid Black Consciousness Movement in South Africa to liberation movements in Latin America to the black separatist preaching of Malcolm X in the U.S.” The Washington Post describes the meetings as such:

“the weekly gathering was one in which figures such as Mao Zedong and Fidel Castro were admired, and would later provide some inspiration to the founders of the Black Panther Party. Gopalan was the only one in the group who wasn’t black, but she immersed herself in the issues, Labrie says. She and Harris wowed him with their intellect.” 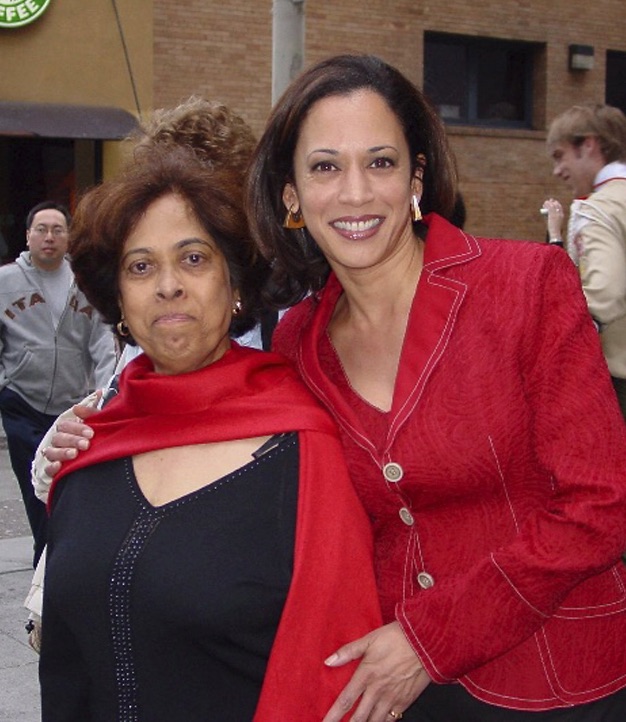 Kamala Harris’s mother supported both the Afro-centric paramilitary organization, the Black Panthers, and the mass murderer of China, Mao Zedong. Leftists will bash Hitler all day, but they are silent about the prevalent Left-wing support for Mao, as if his butchering of 45 million people is irrelevant and his name can somehow be mentioned nonchalantly with admiration as though he is some sort of philosopher. According to Ilya Somin:

But both Hitler and Stalin were outdone by Mao Zedong. From 1958 to 1962, his Great Leap Forward policy led to the deaths of up to 45 million people – easily making it the biggest episode of mass murder ever recorded.

between two and three million victims were tortured to death or summarily killed, often for the slightest infraction. When a boy stole a handful of grain in a Hunan village, local boss Xiong Dechang forced his father to bury him alive. The father died of grief a few days later. The case of Wang Ziyou was reported to the central leadership: one of his ears was chopped off, his legs were tied with iron wire, a ten kilogram stone was dropped on his back and then he was branded with a sizzling tool – punishment for digging up a potato.

The Left in the United States was writing about how Trump’s father was a racist. But we should have a focus on how Kamala Harris’s mother belonged to a Left-wing fanatical group that praised a mass murdering Communist dictator who butchered tens of millions of people. That Harris’s mother admired the mass murderer Mao Zedong is not surprising, given how her daughter is supporting the murder of the unborn and wants to make sure that all states have to get permission from her Department of Justice before enacting any sort of legislation that would limit access to abortion (which is really just infanticide). As we read on the “Reproductive Rights Act” that Kamala wants passed:

Harris will require, for the first time, that states and localities with a history of violating Roe v. Wade obtain approval from her Department of Justice before any abortion law or practice can take effect.

Under the plan, states and localities will be subject to the preclearance requirement if they have a pattern of violating Roe v. Wade in the preceding 25 years. For example, violations will include settlements or final findings by a court that a law or practice runs afoul of Roe, such as rulings in South Carolina, Iowa, and Georgia.

That means that if Kamala gets her way, no state would be able to set impediments on access to infanticide, thus shattering any attempts to protect the rights of the unborn. With such an evil measure, I cannot help but remember the words of King Solomon when he wrote on “those parents sacrificing with their own hands helpless souls” (Wisdom 12:6). Harris’ mother admired a mass murderer, and so she wishes to prevent laws against the murder of the most innocent.

Biden himself quoted Mao when he was asked about why he picked Kamala to be his VP. He was asked by ABC News’s Robin Roberts whether he felt “pressure to select a black woman,” to which Biden responded by saying:

“51 percent of the people in this country are women … As that old expression goes, ‘women hold up half the sky.’”

That phrase, “women hold up half the sky” comes directly from Mao himself. Biden used this saying again in July during a digital fundraiser with former Obama senior adviser Valerie Jarrett. “We’ve got to get real economic relief into women’s hands now,” Biden said before stating Mao’s quote. It is no wonder why Anita Dunn, who was a senior adviser to Biden’s campaign, is an admirer of Mao and called him one of her “favorite political philosophers” during an address to graduating high schoolers in 2009. “Mao Zedong said, ‘You fight your war and I’ll fight mine,’” she said at the time. “Think about that for a second. You don’t have to accept the definition of how to do things, and you don’t have to follow other people’s choices and paths. You fight your own war, you lay out your own path.”

If we have to experience 4 years of Biden and Harris, we will witness the viciousness of the Left; but at the same time, we must also remember the struggle that we are seeing: it is a struggle between two political forces — the Left and the Right — both of which will take us to the abyss, with one leading us to the fanatical ideology of infanticide and environmentalism, and the other leading us to a vicious nationalism that will embrace eugenics and tribalism. We must walk the narrow path and not stray to the left nor the right

Legal Revolution In UAE Makes Major Changes To Laws On Alcohol, Divorce, Fornication, Inheritance, Women’s Rights
A Message To Those Who Want A Civil War In The United States
Follow