You are here: Home › Is AI Approaching Human Intelligence Levels? 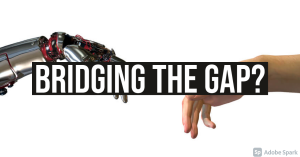 What is Artificial Intelligence? How does it work? Scientists cannot even understand how the process works, yet so much has been entrusted to it, from the completion of common tasks to the creation of computer scripts and major defense system maintenance. At this rate and given these trends, one can only ask, when will AI surpass levels of human intelligence?

This is a wholly reasonable question, and to that, a recent article from the Financial Times discussed a new system, GPT-3, which is being lauded by some as showing signs of “consciousness” akin to humans.

Such concerns about how best to manage these powerful tools mean that OpenAI only released GPT-3 in a controlled environment. “GPT-3 was not a model we wanted to put out into the world and not be able to change how we enforce things as we go,” Altman says. Some 2,000 companies have now been given access to it in a controlled private beta test. Their learnings as they explore its capabilities are being fed back into the model to make further improvements. “Mind-blowing”, “shockingly good” and “fabulous” are just some of the reactions in the developer community.

David Chalmers, a professor at New York University and an expert on the philosophy of mind, has gone so far as to suggest GPT-3 is sophisticated enough to show rudimentary signs of consciousness. “I am open to the idea that a worm with 302 neurons is conscious, so I am open to the idea that GPT-3 with 175 billion parameters is conscious too,” he wrote on the Daily Nous philosophy site.

Many of the recent breakthroughs in AI have resulted from building competitive, or adversarial, models that have outwitted humans at games such as chess or Go or Starcraft. But researchers are now turning their attention towards building hybrid collaborative systems that combine the best of an AI model’s superhuman powers with human intuition.

According to Vallor, our own understanding is not an act but a process, a lifetime struggle to make sense of the world for the individual, and a never-ending collective endeavour for society that has evolved over centuries. “We have been trying better to understand justice and better express beauty and find ever more sophisticated ways of being funny for millennia. This is a matter of going beyond competence into excellence and into forms of creativity and meaning that we have not achieved before.

“That is why the holy grail for AI is not GPT‑3,” she continues. “It is a machine that can begin to develop a robust model of the world that can be built upon over time and refined and corrected through interaction with human beings. That is what we need.” (source)

Conscious AI is both a joke and a danger at the same time. It is a joke in that is presumes a materialistic existence in which the soul is something that can be programmed into a man, and this is never the case because man cannot take God from a machine (deus ex machina) or put Him into a machine (deus en machina). Thus anything of a computer developing “consciousness” on its own is false

AI is a major trend to watch for a third world war, since this will likely (in combination with other technologies being developed) determine the winner versus the loser. However, it may also be, so much as is the case throughout history, that the very weapons man creates to ‘defend’ himself can turn into the cause of his own downfall.

Will Biden Put A Nationwide Lockdown On The US Over COVID?
Is The US Opening The Way For Turkey Into Syria?
Follow