You are here: Home › Bill Gates Declares That Most Business Travel Will Disappear 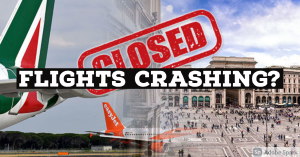 Love him or hate him, Bill Gates has become very famous in recent times for his statements on COVID and his connections to the vaccine industry as well as major international groups. But love him or hate him, think he is wise or an evil genius or just a fool, Gates made recent statements to CNET about future trends in travel, in which he said that a large amount of travel for business and leisure is going to disappear as an effect of the virus.

Microsoft founder Bill Gates predicts that half of all business travel won’t return after the coronavirus pandemic ends and that people will also work far less often from a physical company office, Business Insider reported. Gates made the remarks Tuesday at The New York Times DealBook conference, BI said.

“My prediction would be that over 50% of business travel and over 30% of days in the office will go away,” Gates reportedly said, adding that from now on, businesses will have a “very high threshold” for traveling to conduct in-person meetings.

Microsoft has already announced a permanent work-from-home policy for eligible employees, who can also choose from a hybrid model where they spend some days in the office. Twitter, Facebook and other tech companies have announced similar policies.

The Microsoft founder didn’t immediately respond to a request for comment.

It’s also possible many tech conferences could stay in their online format, rather than hosting tens of thousands of people at a brick and mortar convention center. (source)

Last decade, it was very common to have a lot of people traveling, especially Millennials with “social media influencers” traveling to exotic places and taking notorious “selfies” wherever they traveled.

But this was a blip in time, a small interruption from what seems to be returning, which are the older days of a lot less travel, and by comparison, a lot more isolation. Make no mistake, travel is not going anywhere, nor is the Internet, because things when established do not just disappear. Even the ancient Silk Road is being rebuilt as we speak, with high-speed trains going from London to Tokyo (as is planned for the future) by way of Central Asia.

The future of the world, while it seems to be shifting towards “Eurasia” at least in the sense of economic distribution (and by that also political trends), is a separate trend, but for the concern of this virus, the current trends for business and travel that are being reshaped as we speak are likely going to stay for purposes of cost-cutting measures. This will have a direct effect on the airline industry, and if they cannot get enough people to fly, one may see a reduction in flight offerings as well as notably higher flight prices in the future to compensate for the reduced demand. Likewise, the layoffs that have taken place in the airline industry may continue and become even worse so much that salaries may drop for airlines and with that, the number of employees in service as well.

AirBNB has alluded to this as well, for while it is not in the ‘flight’ industry, it is still part of the travel sector that is being hit particularly hard by this virus, and they are forecasting little to no profits for the future as it pertains to the industry until fundamental changes are made to the travel market landscape.

Shoebat.com has spoken often about a trend of localism, regionalism, and otherwise the creation of smaller communities being emphasized in favor of nationalism and tribalism that will help fuel a global war. Since it is connection with others that helps me to form bonds, the disappearance of travel from what is was before will only help fuel the fires of nationalism and tribalism by separating people from even a nominal physical connection with each other in passing, for it is much easier to dehumanize another man if one has been long separated from or even never had the opportunity to meet him in person.