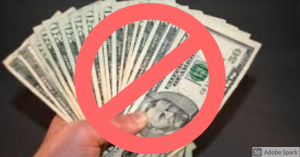 With the cracks showing forth in the US economy, largely exposed by the effects of COVID but not the virus itself (for the problems were already long existing in the system), the Wall Street Journal has reported that with much to the dismay of investors, businesses, and even the common man, he is refusing to extend several emergency landing programs.

The central bank signaled disappointment in his decision. “The Federal Reserve would prefer that the full suite of emergency facilities established during the coronavirus pandemic continue to serve their important role as a backstop for our still-strained and vulnerable economy,” the Fed said in a statement.

Fed Chairman Jerome Powellhad indicated in remarks Tuesday that he didn’t think it would be appropriate to allow the programs to expire.

“The Fed will be strongly committed to using all of our tools to support the economy for as long as it takes until the job is well and truly done,” Mr. Powell said. “When the right time comes, and I don’t think that time is yet or very soon, we will put those tools away,” he said.

In a letter to Mr. Powell on Thursday, Mr. Mnuchin said the facilities, backstopped by the Treasury with funds authorized under March’s Cares Act, “have clearly achieved their objective.” Bond issuance volumes, which sank in March, have returned to their pre-Covid-19 levels along with borrowing spreads.

“Banks have the lending capacity to meet the borrowing needs of their corporate, municipal and nonprofit clients,” he wrote, adding that policy makers’ responsibility was to “restore financial conditions as a response to Covid-19.”

“While portions of the economy are still severely impacted and in need of additional fiscal support, financial conditions have responded and the use of these facilities has been limited,” his letter also said. (source)

Now there has been a lot of talk about financial abuse and corruption in these programs, as well as a fact that I have mentioned before, which is the continuing devaluation of the currency causing prices to increase not because a commodity is worth more, but because the actual dollar is worth less than it was before, which helps support stock prices (by making them rise in nominal value) while driving down actual value, and as a result of this hurting small investors and most importantly, those who have savings.

The other problem will be that as a part of this, it will effect the common man, with about 12 million set to lose unemployment benefits. This directly impacts the public, and while 12 million is small compared to the 350 million-ish people who live in the US (for the exact numbers are not known), it is still about 3% of the total working population, and that is not a small number, especially considering that we are talking about a quantity that is essentially the state of Georgia or North Carolina.

This puts both Trump and Biden in an interesting position. If Trump wins, he will have a lot of angry people at him for not helping them. If Biden wins, it will almost guarantee that Biden will pass a stimulus, but will have long-term detrimental economic consequences, and if he does not pass it, it will still cause problems that are economic as well as political for Biden and the Democrats, as they will be blamed for any consequences that follow.

The long-term trends are not good no matter who is in office because of fundamental debt problems. As a result, truly here if the Republicans lose the presidential election formally speaking, they will have won, as now the problems will fall on Biden and given the state of his health, possibly in the not distant future, Kamala.