You are here: Home › Trump Campaign Lawyers Say They Are “Thankful” For Having PA Case Dismissed 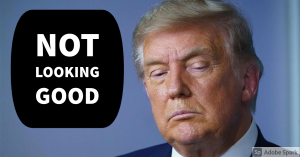 President Trump is in recent times a highly controversial figure, but the more this election recount ordeal continues, the more such controversy does not seem to help him. Now a report from Business Insider declares that some of Trump’s lawyers in Pennsylvania have expressed relief that his court case has been dismissed, further pushing the appeals process toward the Supreme Court.

The Trump campaign said in a statement that they are “thankful” to the judge who dismissed their Pennsylvania campaign lawsuit in a scathing opinion on Saturday.

The lawsuit sought to block Pennsylvania from certifying the vote count, claiming election officials took part in an “improper scheme” to benefit President-elect Joe Biden, who won the state.

Judge Matthew Brann threw out the lawsuit and said it was an attempt to disenfranchise 7 million people without providing any good reason to do so.

“This Court has been presented with strained legal arguments without merit and speculative accusations, unpaid in the operative complaint and unsupported by evidence,” he wrote.

Lawyers Jenna Ellis and Rudy Giuliani, President Donald Trump’s lawyer reportedly in charge of his election battles, tried to cast the loss as a win, saying in a statement the campaign is “thankful to the Obama-appointed judge for making this anticipated decision quickly.”
He said the campaign plans to appeal and that the decision “turns out to help us in our strategy to get expeditiously to the US Supreme Court.”

“We are disappointed we did not at least get the opportunity to present our evidence at a hearing. Unfortunately the censorship continues,” the statement said. “We hope that the Third Circuit will be as gracious as Judge Brann in deciding our appeal one way or the other as expeditiously as possible.” (source)

Now this is an interesting statement, because really, we do not know what is going on.

It could be truly that yes, they are thankful that this case can move to the Supreme Court. However, that also could be a very well-placed “spin” on what may be, from their perspective, an actual ‘sigh of relief’.

For example, consider how recently a major law firm mysteriously, with no real answers given, pulled out of the Trump lawsuit in Pennsylvania. Something happened- the question is what, and that is likely an answer that none will know.

It cannot be objectively proven in the absolute sense, but one cannot help but wonder if a lot of people are tired of this fiasco and Trump himself, and want to distance themselves from him. I speak not necessarily as any “threat” that is being made against them, but as the law profession tends to be given to image, and that Trump’s image is not very good right now, and that these people need their careers to keep earning money, that it is possible that the lawyers Trump hired are looking out for their best interest and are trying to ‘save face” while they still can, knowing that Trump is but a small spot in history, but their careers can last decades and may be wrecked by his antics on the show screen of national politics?

One does not know exactly what is happening. However, it is interesting as a trend that Trump seems to be increasingly isolated not by the Democrats (that was already given), but by many of those in power in his own Republican ranks or those who are close to him. This all bears very well for Biden, and in fact, most likely the Republican establishment at large, which has the opportunity to remake her image in a fresh face for the next four years that could last decades, and it begins by dumping the cult-like association with Trump that has grown up around them.

Joe Biden Does Has Another “Oh No” Moment, Yells At A Reporter Asking Him Questions
Israeli Scientists “Delete” Cancer With CRISPR…Or Is There Possibly More That Could Happen?
Follow