You are here: Home › UK Now Giving “Freedom Passes” To People Who Certify As “COVID-Free” 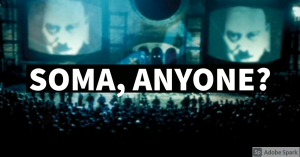 There has been a very disturbing trend, really that has increased sharply since 2001, towards highly insidious forms of control from government, stemming from the September 11th attacks that has repeated as a pattern around the world.

Now this is not to underemphasize the trend of COVID or its dangers, but one cannot separate the true and serious problems with COVID from the political effects that it is being used to force upon other people, which are equally and potentially even more dangerous than the virus itself, for pandemics go away, but policy changes do not without much difficult, and often times for good or for bad, since they can be linked to philosophical changes in a nation’s ideologies.

With the threat of “lockdowns” increasing, the UK Telegraph reports that in the UK, the government is now issuing- not even a joke -“Freedom Passes” to people who certify as COVID-free.

People are set to be given “freedom passes” to allow them to live as normal a life as possible as long as they have two negative coronavirus tests a week, under a plan to get the country back to normal next year.

Under the scheme, which is still being developed by Whitehall officials, people could be given the passes as long as they can show they have been regularly tested for Covid-19.

People who are found to be Covid-free would be given a card, a letter or document that can be stored on their phone to show they can move around. Regular tests would be needed to ensure that they qualify for the certificates.

A source familiar with the plans said that the scheme would allow people to lead as normal a life as possible while the Government’s vaccine programme gets up to speed on a mass scale early in the new year.

The source said: “They will allow someone to wander down the streets, and if someone else asks why they are not wearing a mask, they can show the card, letter or an App.”

The source added that the passes would allow people “to see their family, and normal social distancing rules will not apply”.
The plan has already received the backing of Jeremy Hunt, the former Health Secretary, who last week said he supported “offering people who comply with testing and isolation requirements a ‘freedom pass’ that removes the requirement to follow lockdown regulations”.

Mr Hunt also urged Boris Johnson to set an Easter deadline to return to a more normal life through mass testing with rapid home testing kits, even if vaccines have not come through by then.

Mr Hunt has been urging the Government to go further and give people an incentive to be tested by allowing them “to go out, shop and go to work” if they test negative.

The Government will have to be carrying out millions of tests a day for the freedom pass scheme to work. (source)

The very concept of a “Freedom Pass” is something that could come straight out of science fiction dystopian novel. Yes, it is true that COVID transmission needs to be monitored and controlled, but using what means and at what cost, knowing that in the Western world, especially in modern times, crises are used- not questioning if a crisis is ‘real’ or ‘fake’ -to strip people of their freedom, finances, and eventually give governments more power than what they already have?

It is in times such as these when balance is more important than ever, and yet at the same time, balance will also be the first thing shunned, since it is the intentionally created or forced imbalances that are used to drive long-term policy changes. A “freedom pass” bears a striking semblance to the “travel passes” that are issued by courts for people on probation. It may or may not be the intention to do such, but the fact that there is such a close overlap should not sit well with anybody. Indeed, knowing the nature of Western society, it would not be unreasonable to think that COVID and a concept such as this could not be used at a future point to replicate the idea of the “freedom pass” for other social situations, and with genuinely more malice involved.

The trend towards organized totalitarianism under technology and in the name of “public safety” has been seen before throughout the world, but the difference today is that the tools, organization, and ability to carry the same evils to their logical conclusion is much more dangerous and must always be watched, and the COVID crisis is no exception, for it is always good to stop disease, but only in a way that does not threaten the long-term survival of one’s long-established social patterns, especially if they pertain to something as important as one’s ability to express oneself in a healthy way in society and avoiding the warning of Huxley and Orwell. People in the western world may complain about the “Social Credit Score” of China, but fail to realize how dangerous close and far more efficient in application the Western world is to the same.