You are here: Home › France Backs Armenia With Vote On Resolution To Declare Artsakh A Republic 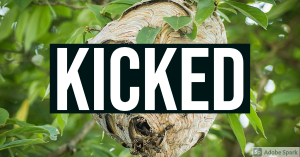 Just as the Nagorno-Karabakh conflict was finishing with Azerbaijan and by extension Turkey the victors, and as Russian troops pour into Armenia and now as “peacekeepers” in Nagorno-Karabakh, the French have decided to kick a hornet’s nest (proverbially speaking) by voting a resolution to, in a historical fist recognize Artsakh, which is a part of Azerbaijan that includes Nagorno-Karabakh, as an independent republic, making it the first country other than Armenia to do so.

The French Senate voted 305 to 1 to adopt a resolution, calling for recognition of the Republics of Artsakh by France.

The voting was preceded by nearly two hours of debate.

The resolution condemns the military aggression of Azerbaijan against the people of Nagorno Karabakh, emphasizing that Azerbaijan has been supported by the Turkish authorities i.a. through the involvement of jihadist mercenaries and calls for the immediate withdrawal of the Azerbaijani armed forces from the territories occupied after 27 September, 2020.

-emphasize that the negotiations should address the restoration of the borders defined in 1994 as well as the security of the Armenian populations and the right of return of displaced persons and the preservation of Armenian cultural and religious heritage.

The resolution underlines that the security and freedom of the Armenian populations of Artsakh are not guaranteed under the Azerbaijani control, which is i.a. attested in the reports of the European Commission against Racism and Intolerance of the Council of Europe (ECRI) and of the UN Committee for the Elimination of Racial Discrimination (CERD). (source)

This is not being done out of any sort of good will to the people in Artsakh or Armenia. It has nothing to do with religion. This is some serious geopolitical chess taking place.

The Armenians lost the war, and Azerbaijan’s victory means that Turkey gains power in the area and takes control of that region through Azerbaijan. Shoebat.com has reported how this move is economically and geographically isolating and surrounding Armenia, and given the current railroad plans, there appears to be a chance Turkey could try to force building a railroad through Armenia to connect the Azeri exclaves of Nakhchivan with the rest of Azerbaijan, which would not be the main reason, but the expansion of Turkish power and eventually, a possible annexation of Armenia. Russia interrupted this for now by sending ‘peacekeepers’ to Nagorno-Karabakh and troops to Armenia, which Turkey has angrily responded by saying that she wants to send ‘peacekeepers’ to Nagorno-Karabakh.

Nagorno-Karabakh is one part of Artsakh, which is a breakaway republic recognized only by Armenia. The rest of the world says she belongs to Azerbaijan. The fact that France voted to support Armenia means they are saying that a large part of Azerbaijan- including the area they just won in the war with Armenia -is actually a separate country apart from Azerbaijan, meaning that Azerbaijan should lose more territory from this vote than what she gained from the war.

The biggest potential loser here is Turkey, who if more in the world recognized Artsakh as independent, means that Turkey’s power moves in the region have been checked by outside influence.

Of course, given what is taking place, there may be a lot more going on. The Franco-Ottoman alliance as well as the Franco-Russian alliance are both real things, and it may be that France is trying to play off both of the Russians and the Turks at the same time, which would not be a surprise. In the case of the French, given the attempts that Turkey is making to rise again as a new Ottoman Empire and the potential threat it has for French interests around the world, France may be trying to interrupt this process and ‘check’ Turkey while still using her for her own interests. If this is true, it should not be a surprise that France suspended weapons sales to Turkey in 2019 and then began selling weapons to other eastern Mediterranean nations in 2020. This also includes Turkey’s claim that other nations, including Russia, have been selling weapons to Armenia as a part of the Nagorno-Karabakh conflict.

In this case, it is an ideal situation for France to make money in, but more importantly, it is about checking the power of a rising Turkey. America has only existed as a nation since 1776, and was an English colony since the early 1600s, with large parts in the south and west controlled by France and Spain. For all of that time and before, the French, Spanish, and other European nations were in heavy wars for centuries against the Ottomans, and they know how dangerous Turkey can be. She may be a useful and important tool against the Russians, but she also cannot be trusted given her history of imperialism and directly threatening Europe herself.

NATO made a monster to fight the communists in the USSR, and it worked. However, like all monsters, it is out of its cage now, and one can wonder if French policy here is a European attempt to ‘reign in’ control of that monster again using the Nagorno-Karabakh conflict to do this. However, no matter what happened, the current trend of a rising Turkey is an extremely dangerous prospect, for if history is a guide to the past, she will attempt to do the same as before with the same brutality except now having artificial intelligence, computers and contemporary weaponry to commit the same acts on the basis of the same reasoning to their full end.

This resolution is not about Armenia, Artsakh, Azerbaijan, or Nagorno-Karabakh. It has all the historical patterns that suggest France is looking out for French interests long-term, and is using the political situation in that nation to do this. However, it remains to be seen if it will actually be successful, or if it will only embolden Turkey’s worst impulses to repeat what she tried to do last century to Armenia.