You are here: Home › Forget About COVID, Suicide Takes More Lives In Japan Than Does The Virus 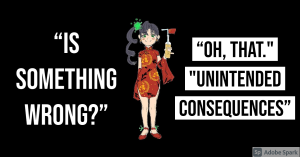 A lot of people are talking about the COVID pandemic, and make no mistake, it must be clearly emphasized and done so over and over that the pandemic exists and one must take good safety precautions. But that said, it is equally important to keep all things in perspective, noting that not only may things be not as bad as what they seem in the situation of the pandemic, but that there are other very important things happening that are even deadlier. CBS News reports on a sad case from Japan, where for the duration of the pandemic, new studies have shown a sad trend that does not seem to be reversing as suicides have claimed more lives than COVID.

Far more Japanese people are dying of suicide, likely exacerbated by the economic and social repercussions of the pandemic, than of the COVID-19 disease itself. While Japan has managed its coronavirus epidemic far better than many nations, keeping deaths below 2,000 nationwide, provisional statistics from the National Police Agency show suicides surged to 2,153 in October alone, marking the fourth straight month of increase.

To date, more than 17,000 people have taken their own lives this year in Japan. October self-inflicted deaths were up 600 year on year, with female suicides, about a third of the total, surging over 80%.

Women, who have primary responsibility for childcare, have borne the brunt of pandemic-induced job losses and insecurity. They’re also at greater risk of domestic violence, which help centers say has worsened here this year, as it has around the world.

Japan has grappled with high suicide rates for a long time and for complex reasons, but the overall numbers had been on a downward trend this year, until they reversed course in July — possibly as the initial “we’re all in this together” pandemic positivity waned, and the buffering impact of public subsidies disappeared.

Until this year, Japan had been making steady progress to reduce suicides, which surpassed 34,000 in 2003. Improved counseling and efforts to combat karoshi, or being worked to death, helped bring down suicides to around 20,000 last year — the lowest number since record-keeping began in 1978.

While Japan still has the highest suicide rate among the world’s wealthy G-7 nations, at 16 per 100,000, it had hoped to continue making progress, with a goal of lowering it to 13 per 100,000 by 2026, a level comparable to other developed countries. (source)

Both are sad things, and neither should be ignored. What one may want to ask is, given the stresses of modern Japanese life, could the pandemic inadvertently be increasing suicide rates amid job losses and a sense of hopelessness that causes people just to “give up”?

This is where it is critical to note a trend that seems to be establishing and in many ways, has already been established, which is that the effects of the pandemic and the response to it are worse than the pandemic itself. It is one think to lose one’s job and fall into poverty, but it is a separate dynamic to be forced unexpectedly into a situation that leads to poverty along with millions of others so, like crabs in a bucket, the more one tries to move to the top, the more one is pulled down by the other crabs seeking to get out.

Since we cannot say definitively that COVID is directly related to the rise in suicides, although it seems likely that there could be a connection, if this was to be clearly established, it would be one of these “unexpected effects” worse than the pandemic, for sickness passes, even terrible periods of illness such as the Black Plague, but suicide is not something that can be remedied. Also, the fact that one would see no hope for the future except destruction that one simply hastens to by the act of destruction says a lot about trends taking place in society, which is that the people have been living on a fiscal, and ultimately, political cliff (since economic precedes politics) for a long time, and they were ready to fall off as well, except the vast internal pressures on them are hidden, and the actions of the pandemic are what “pushed” these people to take action against themselves.

This is something that, assuming the conditions above, could happen in the US because there are millions of people in a similar position who are ready to ‘break’ because of the stress. After all, if you only had a stimulus check of some-thousands of dollars to live on for months with no hope of a new job prospect or obtaining a new income, would in not be a terrible thing? Combine this with other factors of life, stress, and problems that one encounters, and horrifying monster forms but instead of a movie, it is reality, and there is no way to escape from it without pain, and because of this, too many people choose whatever way they can to exit, and for some as it has been the case in Japan, make the decision to pay possibly what is the heaviest price.

Come January, Millions Of Americans May Lose Their Homes
King Salman Furious That MbS Meets In Secret With Netanyahu
Follow