You are here: Home › Economic Indicators Tell The Obvious, The Services Industry Is Not Recovering 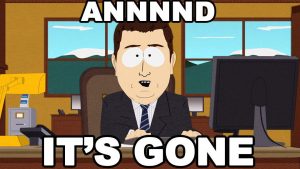 The service industry is in terrible condition. As I have pointed out before, the reasons for this are based on economic realities, and as the conditions of the economy continue to deteriorate, so will the service sector upon which the economy has been constructed, like a house of cards, since the late 1960s following the end of the post-World War II bubble that resulted in a policy of financialization inflating wealth and the image of it without providing a tangible increase in it.

Not surprisingly, it is being reported by Business Insider that as government stimulus stops, so is economic recovery to the service sector.

The US service industry grew at a slower rate in August as government stimulus dried up and consumer spending moderated.

The Institute for Supply Management’s gauge of the industry fell to 56.9 last month from 58.1, according to a Thursday release. The reading was the index’s first decline in four months and stood in-line with economist estimates.

The decline was largely driven by a drop in new orders. ISM’s New Orders Index sank to 56.8 in August from 67.7. The firm’s gauge of production fell 4.8 points through the month to 62.4.

Still, last month’s data show services continuing to recover from their sharp second-quarter contraction. Any reading above 50 represents industry expansion, while one below the level indicates contraction.

Employment crept higher to expansionary territory in August, gaining 5.8 points to 47.9. ISM’s employment and inventories gauges are the only ones still indicating contraction.

Of the 18 service subsectors tracked by ISM, 15 reported growth in August. Only mining, information, and a miscellaneous group of “other services” reported contraction.

The firm’s report doesn’t reveal the industry’s performance relative to a norm, and instead tracks whether business activity expanded, shrank, or held steady. Still, recent periods of growth haven’t retraced losses seen earlier in the year and activity remains well off pre-pandemic levels.

“Looking ahead, we expect the pandemic to continue to constrain the recovery of service activity to a low growth mode,” Kathy Bostjancic, chief US financial economist at Oxford Economics, said.

The Thursday report follows ISM’s latest reading of the US manufacturing industry. The gauge gained to 56 in August from 54.2, signaling the industry’s fastest rate of expansion since late 2018. Last month marked the first full month of factory operations since major supply chains restarted and changes were made to safely bring employees back to work, ISM said. (source)

There is not going to be any recovery in the future. Instead, as I have noted, one should prepare for a retail apocalypse, something that will likely be exposed in December, as with people unable to make purchases and with store requiring purchased in December to make up for budget shortfalls, will further continue the downspiraling of economic conditions.

It was not caused by COVID-19. That was just the excuse for offloading systemic problems onto something else in an effort to retain every last remaining perception of credibility in the dollar as a stable currency before a war is forced to happen in order to maintain its position lest it be lost and a conflict happen anyways.

Evil Drug Cartel Terrorist Cuts A Man’s Chest Open As He Gurgles In Pain, Rips His Beating Heart Out, And Eats It Raw While Laughing At His Victim
Is Covid-19 Being Used To Do An October Surprise In Favor Of Trump?
Follow