You are here: Home › Scientists Unable To Explain Lack Of COVID-19 Outbreaks In Africa 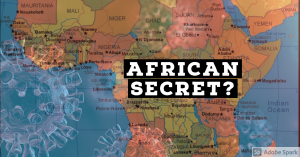 Some things in life are difficult to explain. The New York Post reports on this, where scientists are at a loss to explain the lack of the spread of COVID-19 in the continent of Africa.

The novel coronavirus has infected more than 26.35 million people, with just four countries accounting for over 15 million cases. They are America, Brazil, India, and Russia — the same four that have been at the top for months. The US surprised the world when it rose to the top spot in multiple COVID-19 statistics, both for the total number of confirmed cases and the number of deaths. Since then, no other country has surpassed America.

But scientists who are studying the pandemic have also identified another surprise of the pandemic. Some expected the African continent to be affected most heavily by the virus, but that wasn’t the case. South Africa stands out when it comes to the number of total cases, with nearly 631,000 infections. But fewer than 15,000 people have died of COVID-19. These figures are puzzling scientists looking to understand how the virus behaves and how it can be beaten.

The hypothesis that poverty should have a significant impact on the spread of the virus doesn’t stand when it comes to the entire African continent. Developing countries like Brazil and India showed that the virus couldn’t be contained once it reached densely populated, but poor, neighborhoods.

Experts expected the same thing to happen in Africa, but it didn’t. If anything, Africa is doing better than any other continent, both when it comes to cases and casualties. As BBC News explains, even if those numbers are significantly underreported, Africa still has it much better than other continents right now.

“I thought we were heading towards a disaster, a complete meltdown,” Professor Shabir Madhi told BBC News. The nation’s top virologist echoed what others must have thought about the African coronavirus outbreak. But South Africa’s death rate is almost seven times lower than in the UK.

Salim Abdool Karim, the head of the country’s COVID-19 response team, told BBC that “most African countries don’t have a peak,” which is surprising. “I don’t understand why. I’m completely at sea,” he added.

He explained that factors like population density would be a critical factor that would favor the rapid spread of the illness inside the African continent. Crowding in poverty-stricken areas makes social distancing all but impossible, and that increases the risk of COVID-19 spreading.

“I can’t think of anything else that would explain the numbers of completely asymptomatic people we’re seeing. The numbers are completely unbelievable,” he said.

But if that hypothesis is true, why have Brazil and India seen massive COVID-19 surges in the past few months? Karim warned that even considering the evolution of the pandemic on the continent so far, Africa isn’t out of the woods. “I’m not sure whether one day the epidemic is going to spread like crazy here,” he said. (source)

Now one can say any number of reasons. Perhaps there simply is not as much social interaction between people (not true, there are a lot of people and a lot of interactions that could easily spread the virus. Perhaps it is because of sunlight exposure (it is true that Vitamin D seems to reduce the effects of COVID-19, but it would not account for the lack of the disease spread). Perhaps it is because Africans are more resilient to the disease than other races (not true- it is not only a racist theory, but does not explain the spread among people of African descent in America and Brazil). Perhaps it is because African nations cannot keep track of who has what and where (not true- they are perfectly capable of knowing basic medical data like all people are). Perhaps it is for another unknown reason.

However, there is another reason why, perhaps, there is a lack of spread in Africa.

I am saying that COVID-19, while dangerous as an illness, is even more dangerous as a weapon for political causes, for by politicizing the virus, there have been many economic and social consequences that have followed which arguably have done more damage, namely in forcing the global financial system down the road it was already traveling on of decline and downfall.

Co-incidence? You be the judge, and whil interesting convergences of events can happen naturally, men are also known to take said natural incidents and exacerbate them for political gain.

I am not saying this is or this is not happening. I am saying that such should not be ruled out as a real possibility. Indeed, it was awfully strange that in spite of all the threats against the USA and Israel, and in spite of clear geographic proximity to the latter, ISIS has somehow managed to work their way all into the Philippines and Mozambique, where it also just so happens that US geopolitical interests are also located. Likewise, it is strange that such a virus is so heavily affecting the USA at a time when tensions are building with China and the virus has been traced to her.

The Technological Elite, The Rise Of Eugenics, And How Wall Street Funded The Third Reich
The Atlantic Doubles Down On Trump Veteran Insults, Promises More Revelations
Follow