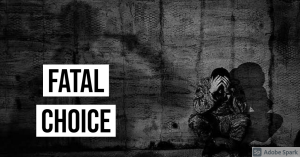 One of the trends that I have pointed out to watch for the future is suicide rates. Most of the time I have discussed this in the context of the Millennial women, since owing to the fact that many are not married, nor having children, nor have any plans of having children in the future, there is a strong possibility that many will have a sort of ‘mental breakdown’ and as a result see no purpose to living and in doing so will choose to self-destruct. This is a very sad thing to think about, but it is a harsh reality that unless circumstances change, may come to pass.

However, another study reported on by BloombergQuint reports that youth suicides are increasing at rates that are surprising social scientists and are above average.

Increasing numbers of American children and young adults died by suicide in recent years, and the Covid-19 pandemic threatens to continue the trend.

“There are many reasons to suspect that suicide rates will increase this year too, not just because of Covid-19 but because stress and anxiety seem to be permeating every aspect of our lives,” said Shannon Monnat, co-director of the Policy, Place, and Population Health Lab at Syracuse University.

The 2016 to 2018 suicide rate among those between ages 10 and 24 was highest in more rural states including Alaska, South Dakota, Montana, Wyoming, and New Mexico. Alaska topped that list with 31.4 young suicides per 100,000 population.

Rates more than doubled in New Hampshire, and the majority of states showed an increase between 30% and 60%. (source)

This is a surprise, but in another sense it is not, for the increase in people who want to destroy themselves also correlates with the support of general immoral practices as well as with the general decline in religion.

Like it or not, religion gives order and purpose to life, as well as meaning, since it explains what man cannot understand and gives him a position in the world that is greater than himself or his existence. While there are many who seek to reduce man to this position for their own power or desires to control others, the effect of this is always self-destructive, since lacking a thing that is outside of man, he turns inward, and finding not a thing of greater meaning, starts to destroy himself.

I am not saying that such teenagers have a sort of deep introspection that drives them to think like this. What I am saying is that these teenagers are a reflection of a greater trend taking place, which is how as they are raised with nothing outside of personal values that are rooted only in their own ideas, they do not have something to hold on to when times become tougher, or when their perception of life as they know it changes in a major way. For example, COVID-19 has caused a series of interruptions to life for people that in some cases have been very destructive. What is a person to say if his conception of the world as he knows it comes crashing down completely?

This is the issue that I am speaking of. Without something to root himself to firmly, a man can find himself disconnected from himself inside of himself, which can create a downward spiral effect that culminates in his own destruction by his hand.

Hopefully these numbers decrease, and they might, but that is only to be seen. What will be to watch is if this trend continues as these people, and as noted before, if one starts to see a similar pattern take place with the Millennials.

Ten Percent Of Oregon Forced To Flee Because Of Wildfires
New Report Reveals: Turkish Soldiers Were Ordered To Murder Syrian Troops To Spark A War Between Turkey And Syria
Follow