You are here: Home › When Is There Going To Be The First Chinese Chernobyl? 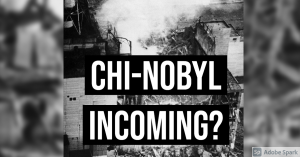 In the US, to refer to something in relation to Chernobyl is to suggest either a literal nuclear meltdown or a complete disaster as a metaphor. It refers to the meltdown of the Chernobyl nuclear reactor in Soviet Ukraine in April 1986. However, this is not the only nuclear disaster. In 1979, the US had the infamous “Three Mile Island” incident that almost caused a similar disaster near Harrisburg, Pennsylvania. In 1958, there war the Kyshtym incident when the Mayak nuclear plant melted down in Russia near the border of Kazakhstan that caused mass radiation sickness and poisoning and the complete destruction of Lake Karachay from a body of water into a nuclear lake that would kill anybody who came too close to it due to the high levels of radiation.

Now according to the South China Morning Post, one can wonder when China will have a similar incident, for the asian nation is now declaring an interest in making her own “home grown” nuclear technology.

China has switched from American nuclear power technology to a domestically developed alternative as worries over energy security and geopolitical uncertainties increase.

The AP1000 technology, designed by America’s Westinghouse Electric Company, was once the basis of China’s third-generation nuclear power, but now the country has more third-generation reactors based on its own Hualong One technology under construction or approved, than it does AP1000 reactors.

A total of 12 nuclear reactors in China – either under construction or going through the approval process – use Hualong One technology. In contrast, no new AP1000 reactors have been approved for more than a decade. The last US reactors – in Zhejiang and Shandong provinces – went into commercial operation in 2018.

Hualong One is based on the China National Nuclear Corporation’s ACP 1000 and the China General Nuclear Power Group’s ACPR 1000 – both of which are based on French technology.

The technology passed China’s national review in 2014 – three years after the Fukushima nuclear disaster – and was adopted by a number of power plants, with CNNC announcing that the fifth and sixth units at Fuqing, in Fujian province, would use the Hualong One pressurised water reactor design, marking its first deployment.

Construction started in 2015, and after receiving an operating licence from the Ministry of Ecology and Environment, nuclear fuel loading at the fifth unit at Fuqing started earlier this month. It is expected to go into operation by the end of the year.

Also this month, the pouring of the base concrete began for the second Hualong One unit at the Zhangzhou nuclear power plant in Fujian, CNNC said.

The plant, owned by CNNC-Guodian Zhangzhou Energy Co, was originally planned to use Westinghouse’s AP1000 reactors, but a decision was made to switch to Hualong One.

Meanwhile, four units approved last year and another four nuclear reactors approved on September 2 – in Hainan and Zhejiang province – will also use Hualong One technology.

AP1000 was considered the front runner for use in China’s third-generation nuclear fleet because of its passive and simplified safety features, modular construction, and smaller components allowing more ready equipment localisation, according to the World Nuclear Association.

China’s nuclear power development plan published in 2007 said the country should adopt the pressurised water reactor technology as a unified technology and listed it as a national priority.

“There were debates on different technologies and the plan clarified that China would use pressurised water reactors and introduce the AP1000 technology,” said Wang Yingsu, secretary general of the nuclear power branch of the China Electric Power Promotion Council.

But Wang said that technology localisation, development of indigenous nuclear power technology, and the capability of constructing and operating nuclear power plants independently had always been China’s goals since it began its nuclear power journey more than 50 years ago.

Westinghouse signed a contract with CNNC and a number of other Chinese state-owned companies in 2007 to supply AP1000 to China. According to Xinhua, the deal called for China to purchase four AP1000 reactors, and for Westinghouse to transfer AP1000 technologies including main pumps to China so that Chinese firms could eventually build them.

But the projects were delayed for years largely due to the repair work on the main pumps. By the time the four reactors went into commercial operation in 2018, the Chinese localised technology was already viable.

“More power plants will choose Hualong One in the future because it’s China’s independently developed technology and it’s as good as AP1000,” Wang said.

“AP1000 is Westinghouse’s technology and we might be controlled by them if we want to build the reactors, sell and export to other countries.”

Geopolitical uncertainties are another concern. Due to the risks power plants might face caused by the US-China rivalry, Beijing has encouraged its nuclear plants and military groups to localise equipment.

China claimed the first unit of Hualong One nuclear reactor had achieved a localisation rate of 85 per cent.

When the US sanctioned China General Nuclear Power Group (CGN) and three of its subsidiaries in 2019 over accusations of stealing US technology for military use, CGN said the impact on the company was “controllable”.

“It turns out the impact is limited, and for some facilities which were originally produced in the US, we can change to suppliers in other countries,” he said.

On the other hand, China had a specific fund to support military industry groups and state firms to localise their equipment, he said.

However, China’s bet on nuclear power comes at a time when some European countries are phasing out its use and development in the US has stagnated.

China had almost 49 gigawatts of nuclear power installed capacity last year. Bloomberg predicted that it would pass France as the world’s second-largest nuclear generator in 2022 and overtake the US four years after that.

“The reality is that nuclear power, if not driven by an active phase-out policy, will go organically extinct in the US. The renewal rate is too small to keep the species alive,” said Mycle Schneider, Paris-based nuclear energy consultant and the lead author of “The World Nuclear Industry Status Report”.

No utility company in the US would invest in the construction of a large nuclear power plant because fusion technology was uneconomical and renewable sources were becoming more competitive, he said.

For China, “the real world is dramatically different from what Chinese leaders expected when in the early 2000s they launched a massive investment in the entire nuclear fuel chain”, he said. (source)

There is a simple answer for why there is such a concern that China will have a Chernobyl or Kyshtym (since unlike Three Mile Island, both of those ended in objective disasters where people died), and that is because of China’s “quality control” issues.

I have written about this before, but just look at China- buildings that fall down because of consistently poor construction practices, safety issues that would make an OSHA manual scream and self-immolate, and a long history of cheating her own people, let alone foreigners through poorly-made exports.

China has a history of cheating her own and it resulting in disaster. In the nuclear business, there is no room for cheating because when it does happen, it leads to disaster where people die.

This is also not meant as an insult at the Chinese, but an admission of a serious fact. The Chinese history of trying to “cut corners” cannot work if one wants to build nuclear technology and have people live.

China can say all that she wants, and her actions may intend to “show” the power of China, but what China is doing is most likely setting herself up for disaster. If we think that COVID-19 from Wuhan is bad, wait until a Chinese-made nuclear production facility explodes- be it intentional or not -and then has to answer for why she flooded the world with nuclear dust clouds. Likewise, one can be assured that Japan will have many questions and will be happy to, after such an incident, send “humanitarian aid” and “peacekeeping assistance” to China in the form of soldiers.

“Prophet” Of Florida Church Goes To His Wife’s Workplace, Takes A Gun, And Shoots Her In The Head Multiple Times
Study: Cost Of Living Is Rising Much Faster Than Inflation
Follow