You are here: Home › Study: Average Employee Burns Out By Thirty-Two Now 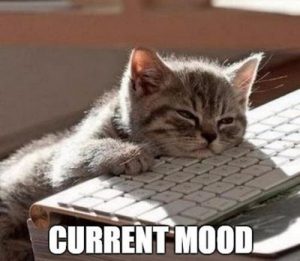 The idea of “burnout” is a phenomenon attributed to workers who are older after many years of labor and often times, abuse. Unfortunately, there is concern that as burnout rises, it may cause problems in the work force. A news study was just released emphasizing this fear, that the average employee does not reach this burnout phase in his fifties or sixties, which is generally the traditional range, but now in the early thirties.

They say 30 is the new 20, but when it comes to our careers, 30 may be the new 50. A recent survey of 2,000 working adults finds the average worker is most like to experience career burnout by the early age of 32! When’s retirement, again?

All in all, a full third of respondents admit they’ve felt like they just can’t go on due to either stress of exhaustion at some point during their careers. Why are so many modern workers perpetually burnt out? Many (52%) say they try to do too much, while others (58%) believe their typical working hours are too long.

Other popular responses to that question include not taking enough days off (39%) and feeling like one must always be “on” while at work (47%). Nearly two in five workers (37%) feel like there’s pressure to constantly put in extra work.

In fact, just under half of respondents who battle job burnout have quit a job due to exhaustion. Another 29% would at least consider taking an unpaid leave of absence the next time they’re feeling particularly stressed. (source)

Now I am not saying that people should not work, or that life is not tough, but I can say there is a lot of truth in this, and the reason it is happening is because of how work has changed.

Think back forty years ago. While there were still a lot of changes taking place and America was financializing her debt, there was a lot of opportunity for a motivated person to make a decent living, and people with drive did this. It was harder than in the 1960s and based off of debt-fueled prosperity, but the comparatively low levels of debt made such a rise possible. Thus it was more accurate, less than two decades prior, but still more so to say that a person who was not successful was not motivated and did not care.

However, that was forty years ago, and after forty years of globalization/NAFTA in the worst economic sense, massive outsourcing (what caused the “productivity rise”, one might add, of the 1990s), the utter destruction of wages for the American worker and his being forced violently into miserable poverty, the mass printing of money, continued financialization, the forcing of debt on people to get an education so they can get a job, the continually rising qualifications for full participating in society that require the assumption of debt, and not the flooding of the labor pool with below-market applicants for wages while shrinking the pool through continued outsourcing and now the use of artificial intelligence and supercomputing, the average worker is arguably forced to produce three times the product of those a half-century ago and for a third of the pay.

What is happening is that people are being worked to death for low wages and a life they cannot live, especially if one is a single person or a nuclear family in the US.

This is also not to say there are not many people who are successful, but they are becoming less common and often tied to either some incredible luck, socially-favorable circumstances, or because of direct help from their families to carry them until they can support their own households. However, the idea of the common man “working his way up”, especially as a single man, is a very difficult thing today that the supermajority will most likely not be able to achieve no matter how industrious he is.

This is the reason why the average employee is burning out so young, because they are tired, have not been able to enjoy the fruits of their labor, and are stuck in a miserable cycle of debt-to-check with no hope of escape and a general standard of living that keeps getting lower while expenses rise even higher and the requirements of a livable standard keep rising (it would be one thing if wages increased or stayed the same- it is another issue when they go down amid constant price rises and requirements to live).

However, both political parties are not doing a thing about this save the Democrats, who are not solving the problem, but using it as a political battering ram that likely in the future will be wielded against the Boomer generation, which controls approximately 57% of the nations wealth (Millennials by comparison control about 3%, and the Zoomers are negligible), in the name of trying to get equality and a “piece” of the social “pie” for themselves. They are not solving the problem, but encouraging the though patterns common to revolutionaries and doing so for their own political benefit, seeking to harness the angry feelings for their benefit.

But this does not help the common man, just as the legitimate complaints about the Tsar did not help bring equality to the workers of Russia. It only exploits their anger to perpetuate the same cycle of misery.

This will be a trend to watch for the future as angry, burned-out, tired, and often just sad people who would be in their most productive working years have been and feel also very exploited and are ready to transfer their anger to the current classes and political system to attempt to seek justice, only to find that they are going to be exploited, and some of it done by the very people involved in creating the conditions that brought about the burnout of so many younger people.