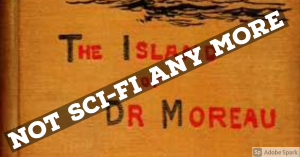 I have been saying before that COVID-19 is indeed an issue, but what concerns me more than COVID-19 is what COVID-19 is going to be used to justify. Most of the things I have been discussing are related to economic or politics, but a story from Mint Press News and republished by Zero Hedge caught my eye, where in the world of science and technology, a new chip has been invented that can be implanted into the body to detect COVID-19.

The most significant scientific discovery since gravity has been hiding in plain sight for nearly a decade and its destructive potential to humanity is so enormous that the biggest war machine on the planet immediately deployed its vast resources to possess and control it, financing its research and development through agencies like the National Institutes of Health (NIH), the Defense Advanced Research Projects Agency (DARPA) and HHS’ BARDA.

As early as 2006, DARPA was already researching how to identify viral, upper respiratory pathogens through its Predicting Health and Disease (PHD) program, which led to the creation of the agency’s Biological Technologies Office (BTO), as reported by Whitney Webb in a May article for The Last American Vagabond. In 2014, DARPA’s BTO launched its “In Vivo Nanoplatforms” (IVN) program, which researches implantable nanotechnologies, leading to the development of ‘hydrogel’.

Hydrogel is a nanotechnology whose inventor early on boasted that “If [it] pans out, with approval from FDA, then consumers could get the sensors implanted in their core to measure their levels of glucose, oxygen, and lactate.” This contact lens-like material requires a special injector to be introduced under the skin where it can transmit light-based digital signals through a wireless network like 5G.

Once firmly implanted inside the body, human cells are at the mercy of any mRNA program delivered via this substrate, unleashing a nightmare of possibilities. It is, perhaps, the first true step towards full-on transhumanism; a “philosophy” that is in vogue with many powerful and influential people, such as Google’s Ray Kurzweil and Eric Schmidt and whose proponents see the fusion of technology and biology as an inevitable consequence of human progress.

The private company created to market this technology, that allows for biological processes to be controlled remotely and opens the door to the potential manipulation of our biological responses and, ultimately, our entire existence, is called Profusa Inc and its operations are funded with millions from NIH and DARPA. In March, the company was quietly inserted into the crowded COVID-19 bazaar in March 2020, when it announced an injectable biochip for the detection of viral respiratory diseases, including COVID-19.

A wholly-owned subsidiary
In July, a preliminary report funded by Fauci’s NIAID and the NIH on an mRNA Vaccine against SARS-CoV-2 was published in The New England Journal of Medicine, concluding that mRNA-1273 vaccine. provided by Moderna for the study, “induced anti–SARS-CoV-2 immune responses in all participants, and no trial-limiting safety concerns were identified,” and supported “further development of this vaccine.”

A month earlier, the NIH had claimed a joint stake in Moderna’s mRNA COVID-19 vaccine, citing a contract signed in December, 2019, stipulating that the “mRNA coronavirus vaccine candidates [are] developed and jointly owned” by both parties. Moderna disputes the federal government’s position, stating that the company “has a broad owned and licensed IP estate” and is “not aware of any IP that would prevent us from commercializing our product candidates, including mRNA-1273.” (source)

Ultimately, this is not about COVID-19, but about the integration of technology into biology with the purpose of controlling people’s own bodies.

Technology is good. It has many uses, and surely there will be many good uses for integrating technology with one’s body is a positive sense. But as always, the tools that man develops to help himself often are turned against him by those who lust for power and control because they want to reproduce the sin of Eden is real and is a part of life because of Original Sin.

The idea of implanting a chip into one’s body that can control its functions in some way, like Elon Musk’s “brain chip” is eerily reminiscent of the tale by HG Wells of The Island of Dr. Moreau. Forget about the movie- read the book and see for yourself, for while written over a century ago, it is about a mad doctor who essentially implants “chips” into genetic creations of his in order to control them an play a human god over them, until his creation rebels, pulls out the chips, has a rebellion, and kills the mad doctor.

Likewise, to refer to HG Wells, we are moving towards a scenario like in the story The Time Machine, where there are but two races left- normal humans, and humanoid-machine-monster hybrids that are the product of mad men trying to become divine and instead become beasts. I am not saying “this is the future”, but I speak of this as a general concept as it is the most logical way to explain the pursuit of the sin of Eden combined with the obsession in using technology, genetics, artificial intelligence, computers, and other of such things to try to bring about what many have referred to as a ‘next evolutionary step’ among them while leaving the rest of humanity behind.

What we may be seeing is COVID-19 used to justify a new class of technology that is going to have a major impact on the future and may even have the ability to control people down to their physical being, in which one might say that science fiction is coming to life.